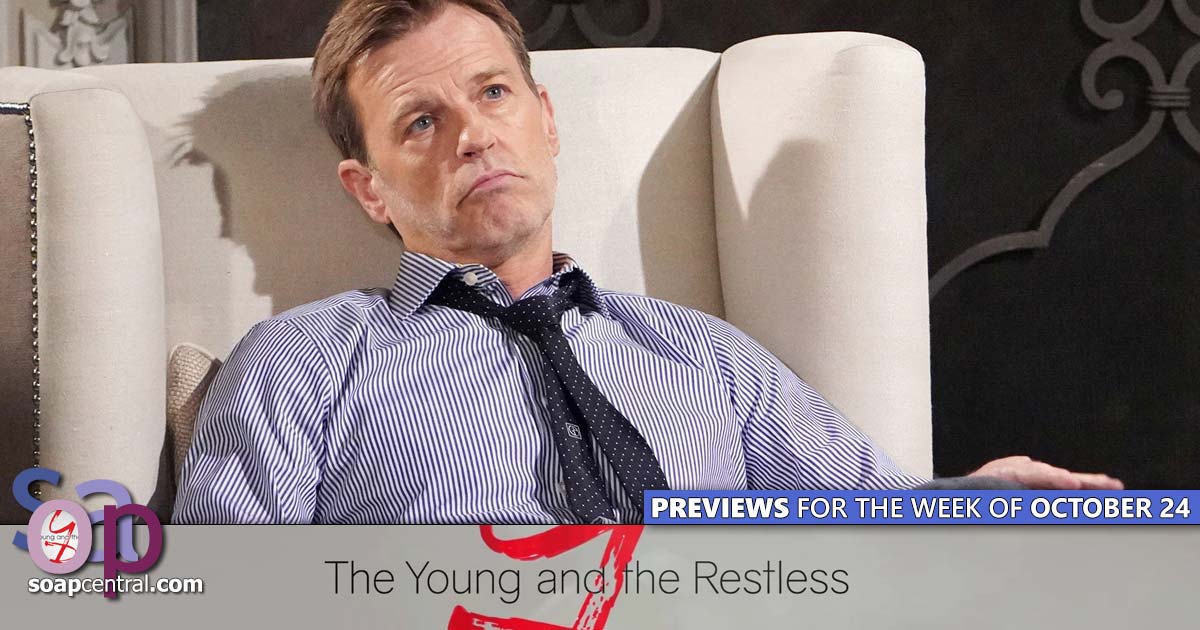 Y&R Spoilers for the week of October 24, 2022 on The Young and the Restless

A preview of some of the action happening on Y&R during the week of October 24, 2022. Be sure to tune into Y&R any day of the week to see how it all goes.

Jack makes a confession to Ashley

Nikki gets carried away

Chelsea get backing from Adam

Nick gets some tough loving from Nikki

Sally fights to hit the high road with Phyllis

Victoria sets the boundaries for Chelsea

Victoria and Adam call for a ceasefire

Devon reveals information about his relationship with Amanda

James Hyde was cast in the recurring role of Jeremy Stark. Its first air date was October 21. For more information, keep reading here.

A preview of next week

On the Road Preview: Fall Preview

Victor will have to deal with the growing animosity between Adam and Victoria that will push them in a surprising new direction.

Jack may be in Adam’s corner, but no one else in Jabot is

The alliance between Nikki, Phyllis and Ashley will put them in an interesting place, especially Nikki

Ashley’s alliance with Nikki and Phyllis will open the door to something surprising and painful from Ashley’s past that will keep her in Genoa City.

Frustrated with Devon’s lack of support, Elena urging him to leave and Imani telling him to go broke, Nate begins to like Imani’s advice better than Elena’s.

The tension between Nate and Devon will cause Nate to take an action that could have family and business ramifications that no one will see coming.

Lily will be aware of the rising conflict between Devon and Nate, and she will do everything she can to make peace, to no avail.

Breaking up with Adam could push Sally towards Nick, and it will drive Adam crazy

Unable to let go of the kiss between her and Billy, Chelsea will enter a different realm beyond podcasts

Billy will continue to feel like an outsider at Chancellor-Winters, and this will create conflict with Lily as they try to navigate business and romantic involvement.

Phyllis will continue to do everything she can to undermine Diane in Marchetti, but Phyllis might have met her match in Diane

With Allie by his side, Noah will make a success of the opening of his discotheque at Grand Phoenix

Trevor St. John’s character is going to shake things up because he has many connections to the people of Genoa City, and he’ll have his fingers in a lot of pies