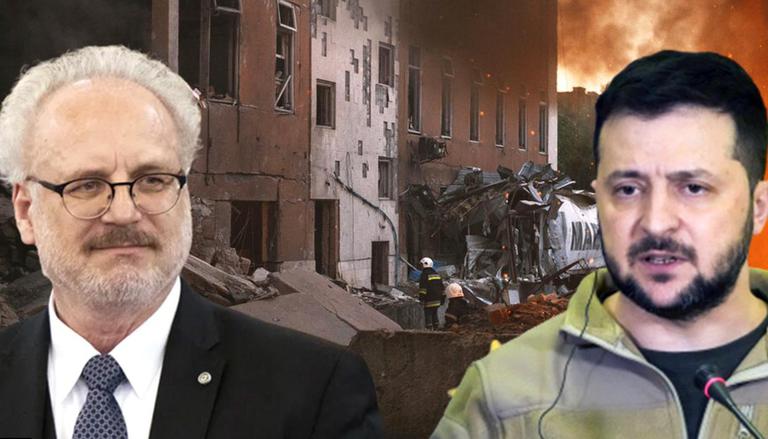 Latvian President Egils Levites paid a two-day visit to the war-ravaged Ukrainian capital on Friday, where he met his Ukrainian counterpart Volodymyr Zelenskyy and Polish Prime Minister Mateusz Morawiecki. According to a Xinhua report, the leaders held talks on various issues. Notably, the Latvian president has now become the first world leader to spend the night in Kyiv since the start of the war.

During the meeting, Zelenskyy thanked Latvia and Poland for their unwavering political, defensive and humanitarian support to Ukraine since the beginning of this war. Taking to Twitter, the Latvian President wrote: “Today I am in Kyiv to assure Zelenskyy of Latvia’s strong and continued support for Ukraine until victory in this war. Latvia is your advocate Latvia will contribute to the reconstruction effort.”

The Latvian president said Ukraine not only needed military, financial and humanitarian support, but the war-torn nation was in dire need of political support. He said: “Latvia is Ukraine’s ambassador to the European Union, NATO, the UN and the world. Together with like-minded people, Latvia insists that the negotiations are started as soon as possible at European Union level on the further development of Ukraine’s candidate state status.”

The Latvian leader expressed his support for Ukraine against the Russian offensive. Meanwhile, Zelenskyy also thanked Latvia for the help provided and pointed out that Latvia is among the countries that have proportionally provided the greatest support since the first day of the war.

During the meeting, the President of Latvia presented the Order of Viestura to the President of Ukraine, which was awarded to Zelenskyy by decision of the Chapter of the Order on March 1, 2022. On the other hand, a plaque for E. Levit, dated April 13, 2022, was unveiled in Slava Alley near Marija Palace. The plaque symbolizes the day the heads of state first arrived in Ukraine after the war started by Russia.

Are the players fidgeting on the Bayern Munich bench?