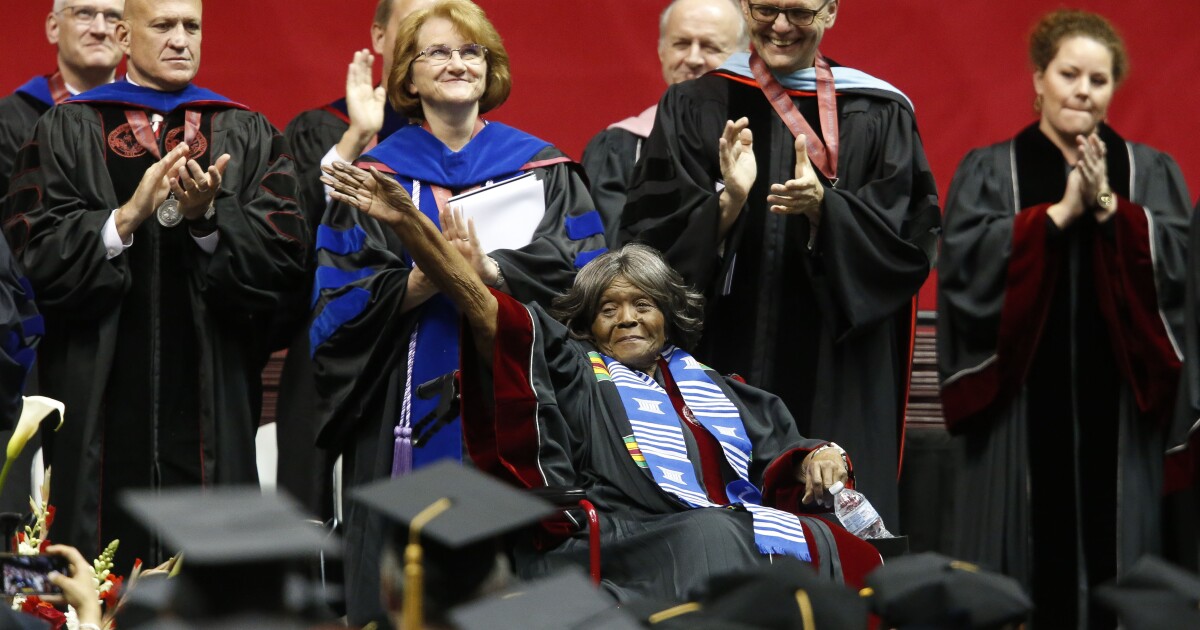 BIRMINGHAM, Ala. – University of Alabama administrators voted Friday to remove the name of a former governor who led the Ku Klux Klan from a building on campus and rename it solely for the school’s first black student.

The unanimous vote overturned a decision last week to add the name of Autherine Lucy Foster, who attended the all-white public school in 1956, to a building honoring Bibb Graves, a progressive and pro-education governor who also led a Montgomery KKK group. one century ago.

Rather than Lucy-Graves Hall, the classroom building will be known as Autherine Lucy Hall, trustees have decided.

“It’s never too late to make the right decision,” said John England, a former trustee who led a committee that initially recommended the common name, then reversed after criticizing that Graves didn’t deserve not to have her name next to that of Lucy, now 92 and living on the Birmingham Underground.

Administrators did not mention the topic of Graves’ leadership in the notorious hate group during an online meeting, but England said some questioned why the woman’s married name, ‘Foster’, would not feature. not on the structure.

Foster’s family wanted to use her maiden name since she was known as Autherine Lucy when she was originally on campus, Chancellor Finis St. Johnson said. Foster had expressed ambivalence about being honored alongside Graves, saying she didn’t know much about him or was looking for recognition but would accept it.

Foster briefly attended classes at Graves Hall but was expelled after three days when her presence provoked protests from whites and threats. Foster received an honorary doctorate in 2019 from the university, where she had returned and earned a master’s degree in education in 1992.

England said the original decision to rename the building Lucy-Graves Hall was to honor Foster, but that intention “sort of took over” later on. The student newspaper was among those complaining about the inappropriateness of keeping the name of a Klan leader on a campus building.

“That’s not what we wanted,” he said.

Several Alabama universities have removed Graves’ name from buildings in recent years as the nation reconsiders its history and white supremacy. The University of Troy renamed its Bibb Graves Hall for the late Representative John Lewis, who was denied admission there in 1957 and led suffrage marchers in Selma in 1965.