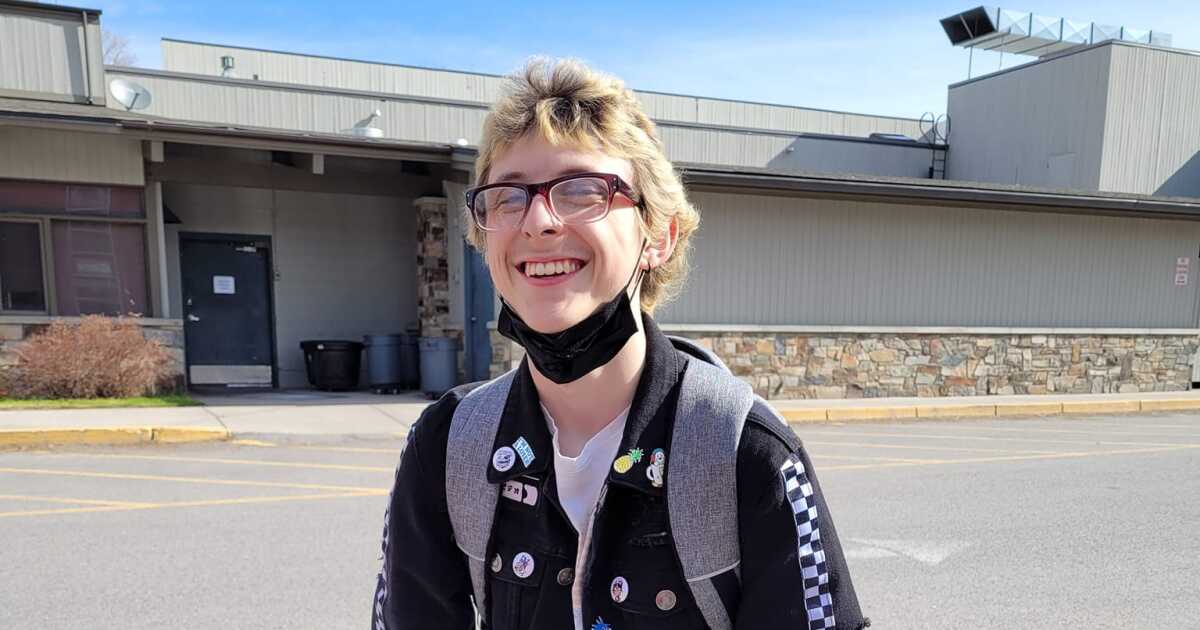 UM actor inspires positivity on and off stage

MISSOULA — This weekend, Missoula Community Theater will close the 2021-2022 season with its final show. From tap dancing to multicolored costumes, “The Spongebob Musical” is sure to impress.

You might know “Spongebob” as the popular cartoon on Nickelodeon.

In 2018, the cartoon was adapted for the Broadway stage.

From Broadway to the Missoula Community Theatre, The Spongebob Musical inspires joy far beyond the television airwaves.

“Just to give the show to the audience…it was amazing to see the laughs and the applause,” cast member Chayten Pippin said.

“I think it was my freshman year of high school, and I really wasn’t sure what I wanted to do after I graduated,” Pippin recalled.

He saw Mamma Mia in Fort Peck that year, and sitting in the audience, it all became clear.

Now a freshman in theater at the University of Montana, Pippin’s days revolve around the stage, but this show is extra special.

“First of all, it’s a really fun show. There’s just a lot going on and there’s a bunch of hidden messages in there,” Pippin told MTN News.

It’s a story that Chayten Pippin knows better than anyone.

“It was October 2020, I believe, and I just started noticing that my stomach was starting to hurt more and more,” Pippin said. “At first I thought it was like appendicitis or something. Then eventually when we went to the doctors to see what it was, we found out it was cancer called a desmoplastic small round cell tumour.

Cancer.gov reports only about 200 cases of DSRCT have been recorded since its first description in 1989.

“Our doctor said it would change our way of life and that was not a lie,” said Chris, Chayten’s father.

Early last year, Chayten, with her mother Heidi by her side, moved from Saco to Denver to be near Children’s Hospital.

“As of now, we go back to Denver every three months and he does all his scans,” Heidi said, listing the medications and treatments Chayten continues to receive.

It would be okay to feel scared or bitter, but Chayten just wants to put this show on the road.

“Over time, I just tried to stay positive throughout because I didn’t want to put myself down any more than I was already going through,” Pippin explained.

A year later, Pippin is in clinical remission.

“So no signs of cancer yet,” he confirmed.

Pippin forges ahead, learns and grows in acting, and uplifts others throughout the process.

“Your memories come back to Facebook, and last year around this time he was doing the stem cells that they were collecting to keep if he needed to,” Heidi explained, “And so to see him go from that to standing on stage, dancing and singing and having a great time… I couldn’t be prouder.