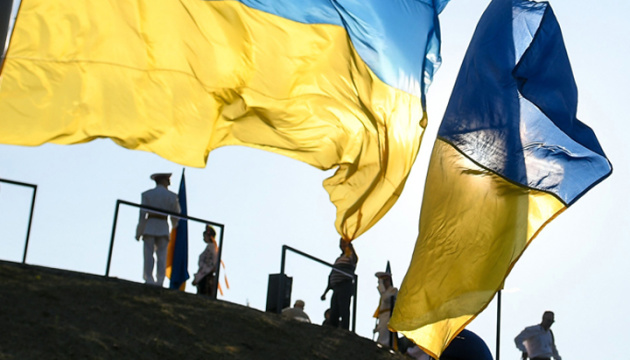 Ukraine has come a long way towards independence. It all started with the existence of the Ant State, the state union of the Poliany people in Rus, before the unification of the Rus State with its heart in Kiev. With the disintegration of Kiev-Rus, the traditions of the state passed to the principality of Galicia-Volyn. Then came the Lithuanian-Russian Grand Duchy, in which the lands of Kiev and Volyn enjoyed considerable autonomy.

In the 17th century, on the territory of modern Ukraine, the Cossack state began to form. The Cossacks fought for Ukrainian independence for over a hundred years, but ultimately failed. In the 18th century, the Ukrainian nation lost its statehood and found itself in the two empires – Russian and Austrian – for the next two hundred years.

In the 19th and early 20th centuries, the Ukrainian national movement was conceived and then developed, leading to the Ukrainian revolution of 1917-1921 and the rebirth of the Ukrainian state. The Central Rada (Parliament) was formed, which with its Third Universal proclaimed the Ukrainian People’s Republic before the Fourth Universal declared independence.

Read also: Elements of the Neptune complex to be presented on Independence Day parade

In 1919, the Unification Act affirmed the unity of Ukrainian lands. However, the UPR, as a state, did not last long. Until the end of the 20th century, the Ukrainian people lost the chance to have their own state.

Following a coup d’état in Moscow on August 24, 1991, the Verkhovna Rada (the parliament of the Republic) at its extraordinary session proclaimed the independence of Ukraine and the creation of an independent state – Ukraine.

This meant that the Ukrainian state had its own indivisible and inviolable territory, where the Constitution and laws of Ukraine were exclusively in force.

Ukraine gained full independence after a national referendum was held on December 1, 1991, in which 90.32% of respondents supported this decision.

This year, as part of the celebration of the 30th anniversary of Ukraine’s independence, festivities are taking place across the country. Having started on August 22 and scheduled to last until August 24, they are all united by the slogan “You are my only one”.

Today, 245 August, a parade of the Ukrainian Armed Forces will be held on Khreshchatyk Street in central Kiev to symbolize the strength of the country’s independence.

In addition to the military parade on the occasion of Independence Day, two concerts will take place on the same day, August 24: a concert by Italian opera singer Andrea Bocelli and a performance at the NSC Olympiyskyi Arena.

The Ministry of Culture and Information Policy has created a digital map to help citizens and guests navigate the events marking National Day in Kiev and other cities in Ukraine.

Y&R star Brytni Sarpy gears up for a good cause