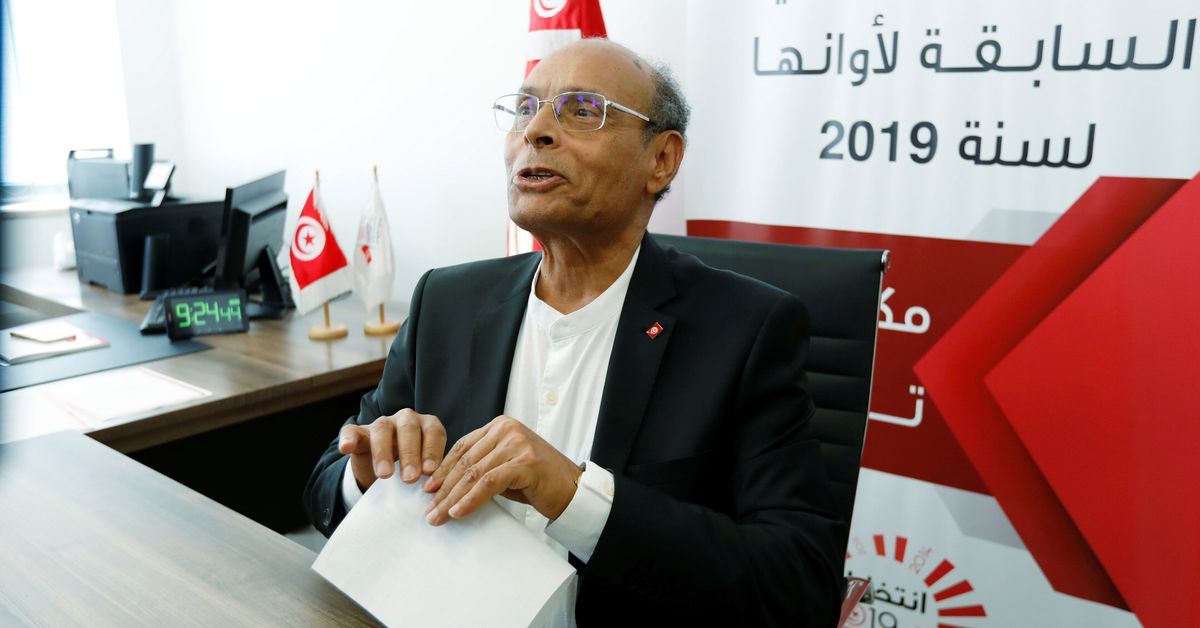 TUNIS, October 14 (Reuters) – The Tunisian president announced Thursday that he would withdraw the diplomatic passport of former president Moncef Marzouki, who had asked France to end its support for the Tunisian government.

President Kais Saied unveiled a new government on Monday, but gave no indication he was ready to relinquish control after seizing a wide range of powers in July.

“I will withdraw his diplomatic passport because he is one of Tunisia’s enemies,” Saied said, referring to Marzouki.

Last week, Marzouki, who was president from 2011 to 2014, called on the French authorities “not to help the dictatorial regime in Tunisia”.

Saied on Thursday called on the justice minister to open an investigation into allegations that Marzouki conspired against state security.

Saied is under strong international pressure, especially from Western powers, to announce a clear roadmap for a return to constitutional politics.

He rejected the Western involvement, saying it was the Tunisians’ business, adding: “We will not allow anyone to intervene.”

Its intervention followed years of economic stagnation and political paralysis, but it called into question the democratic gains made by Tunisians during a 2011 revolution that sparked the uprisings of the Arab Spring.

79 new cases of COVID in Taunton, first drop since August 2021