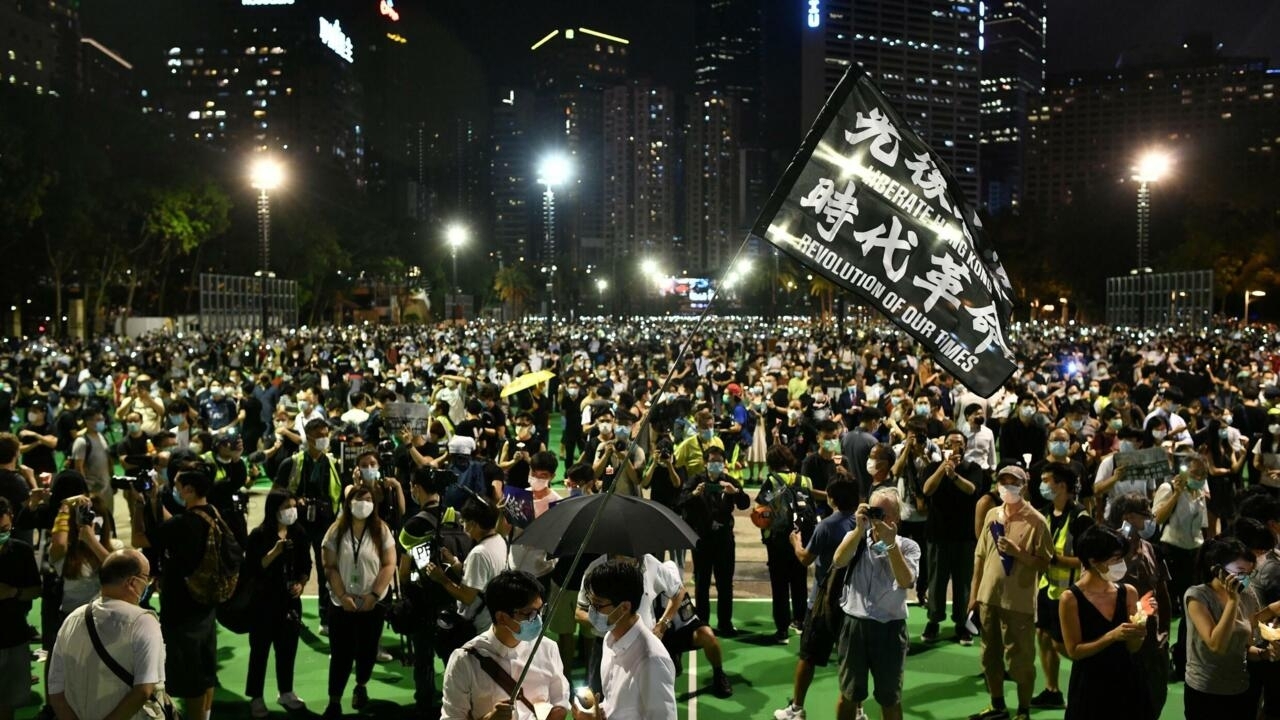 Hong Kong (AFP) – On Wednesday, a prominent Hong Kong democracy activist threatened with jail invoked Mahatma Gandhi’s campaign of civil disobedience in court as he gave a provocative speech defending his decision to attend a banned vigil in Tiananmen.

Lee Cheuk-yan is one of eight pro-democracy figures on trial for joining a vigil last year that was banned by Hong Kong police for the first time in 31 years, citing the coronavirus and fears for the security.

Five defendants, including Lee, have pleaded guilty to joining an “unauthorized gathering.”

At Wednesday’s sentencing hearing, Lee made a moving statement in which he compared Hong Kong’s democratic movement to India’s struggle to free itself from colonial Britain.

“We are all supporters of Gandhi’s idea of â€‹â€‹nonviolent struggle, hoping to bring democratic reforms to Hong Kong,” he said, sometimes choking back sobs.

The veteran activist and labor rights organizer said he had “no regrets” about defying the police ban.

â€œIf I have to go to jail to assert my will, so be it,â€ Lee said at the end of his speech.

Lee, 64, was in Beijing during the 1989 crackdown on democracy protesters in Tiananmen Square and became a leader of the Hong Kong Alliance, the group that held huge candlelight vigils in the city. every June to remember those killed.

For years, Hong Kong was the only place in China where one could still publicly remember what happened in 1989.

But China is reshaping the hub of business in its own authoritarian image after huge and often violent protests for democracy two years ago.

The Tiananmen commemoration was effectively banned by a new national security law designed to crush dissent.

The Hong Kong Alliance disbanded earlier this year after some of its key leaders were charged with subversion under the Security Act while a Tiananmen museum the group ran was raided by the police.

More than 150 people have been arrested under the security law – mostly for their political beliefs and speeches – and around half are being prosecuted.

Six of the eight defendants tried for the Tiananmen vigil last year were already in prison before the proceedings began, including Lee.

Trial verdicts and convictions will be handed down next month.

Previously, sixteen politicians and activists – including prominent activist Joshua Wong – were sentenced to six to 10 months in prison for their role in the banned vigils of Tiananmen, with some suspended sentences.

National security offenses carry much harsher penalties up to life in prison, and bail is rarely granted. Lee, Lai and Chow are among those facing upcoming national security lawsuits.

Real, raw and unexpected: the secret to Restless success

Endless independence debate has left Scotland ‘worse than it has ever been’, says Lord McConnell