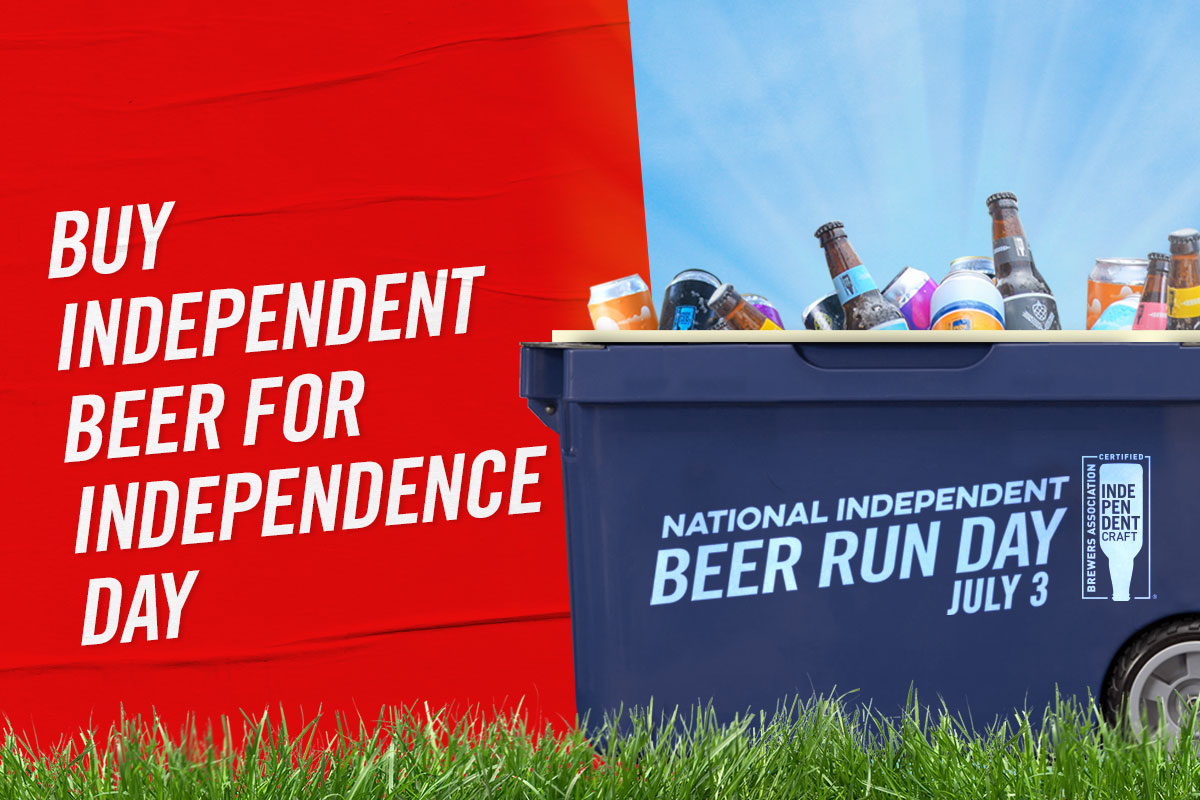 Independent National Beer Day, hosted by the Brewers Association (BA), will be celebrated by beer lovers and breweries across the country on July 3. The third annual National Beer Festival encourages beer lovers to support small independent breweries by sourcing local craft beer. in anticipation of the Independence Day celebrations.

Buying independent craft beer before the bigger summer vacation helps fuel small local businesses in the community, and the local beer is better. According to recent Harris poll data, drinking beer made by an independent brewer is important for 77% of weekly craft beer drinkers.

The week leading up to Independence Day is one of the biggest craft beer sales weeks. According to IRI analysis data, this is the highest single selling week of the year for the past five years, with volume sales around 34% higher than a typical week.

As beer lovers emerge from closures, supporting local breweries is easier and more important than ever.

About the Brewers Association

The Brewers Association (BA) is the non-profit trade association dedicated to small independent American brewers, their beers, and the community of brewing enthusiasts. The BA represents more than 5,400 American breweries. The BA Independent Craft Brewer Seal is a widely adopted symbol that differentiates beers from small independent craft brewers. The BA organizes events including the World Beer CupÂ®, Great American OktoberfestÂ®, Conference of Craft BrewersÂ® & BrewExpo AmericaÂ®, ENJOYâ„¢: An American Craft Beer and Food Experience, Homebrew Conâ„¢, National Homebrew Competition and American Craft Beer WeekÂ®. The BA publishes The new brewerÂ® magazine and Brewers PublicationsÂ® is the leading publisher of brewing literature in the United States. Beer lovers are invited to learn more about the vibrant world of craft beer at CraftBeer.comÂ® and on homebrewing via the BA’s American Homebrewers AssociationÂ® and the free Brew GuruÂ® mobile app. Follow us on Facebook, Twitter and Instagram.

The Brewers Association is an Equal Opportunity Employer and does not discriminate on the basis of race, color, national origin, sex, religion, age, disability, political beliefs, orientation sexual or marital / family status. The BA complies with the provisions of Executive Order 13672 and the relevant rules, regulations and orders of the Secretary of Labor.