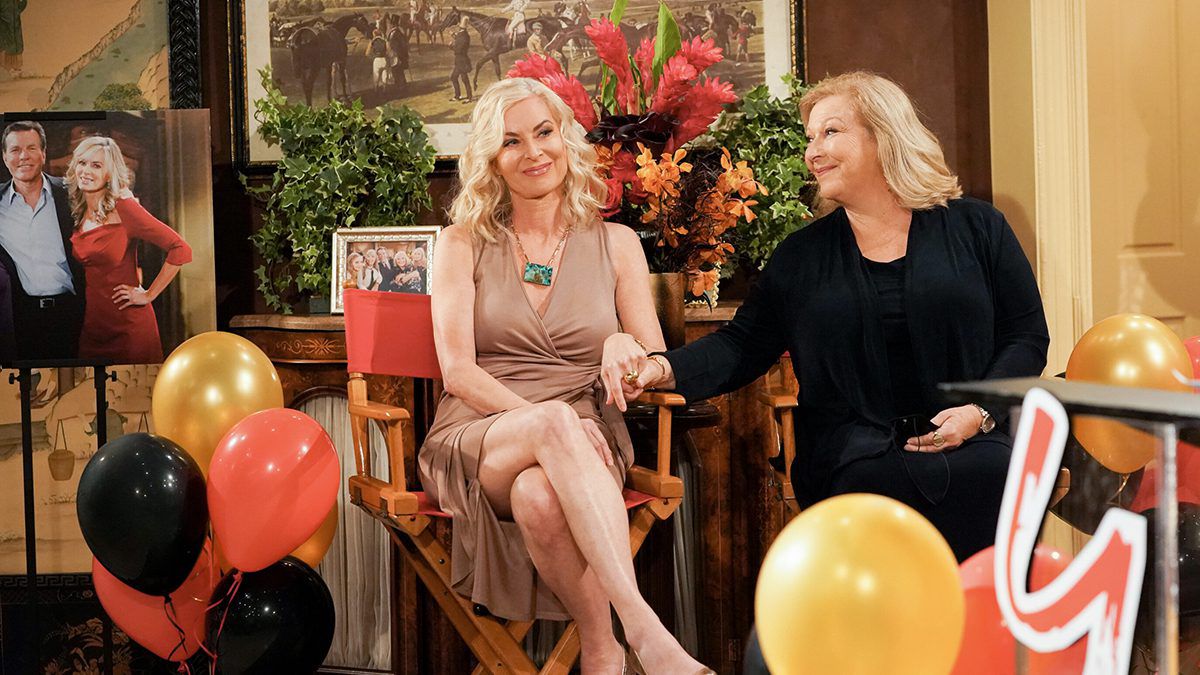 Not only do they play on-screen sisters, but Eileen Davidson and Beth Maitland have the distinction of joining “The Young and the Restless” just days apart 40 years ago this month. In recognition of their four-decade contribution to the popular daytime series, the friday june 17CBS will air a standalone special episode of the soap opera that honors the stories of their characters, Ashley Abbott and Traci Abbott, respectively.

As shown in a promo for the episode, the sisters can be seen sitting at a reserved table in Society with their newly discovered great-niece, Allie (Kelsey Wang), as they share information about their lives in hopes that they will eventually learn more about Allie’s own experiences. Search the episode to find the pair reminiscing about their brother, Jack (Peter Bergman), and Ashley’s daughter, Abby Newman (Melissa Ordway), among other things, as they wander through the past filled with flashbacks and memorable moments.

At an on-set celebration last month, which took place the same day the special episode was taped, several co-stars, past and present, joined in for fun, laughs, speeches and cupcakes featuring the two women’s faces embedded in frosting.

Diamond Gift, who currently moonlights as Bill Spencer on ‘The Bold and the Beautiful,’ returned to his old stomping ground at ‘Y&R’ to deliver a wonderful speech as he reminisced about working with them for that he played womanizer Brad Carlton (1985-1996; and 1998-2009) who was romantically involved with Traci and Ashley, although nearly a decade separated the relationship. On the show, Brad and Traci shared a biological child together, Colleen, and Abby was adopted by Brad during his time with Ashley. Sadly, Brad died by drowning after rescuing a young Noah Newman after his body was found frozen in a lake. A year later, Colleen also fell into a lake and nearly drowned. After learning that her daughter was brain dead, Traci made the difficult decision to pull the plug. Colleen’s heart was later donated to Victor Newman (Eric Braden).

In addition to Diamont, speeches were also given by the aforementioned Bergman, Ordway and Braeden, Tracey E. Bregman (Lauren) Jason Thompson (Billy), and the show’s executive producer, Antoine Morina. Davidson and Maitland then gave their own speeches while also being on hand to pose for dozens of photos with their “Y&R” family.

The event saw several of their real-life family members in attendance. For Davidson, this included her husband, Vincent Van Pattenand their immediate family.

Watch the promo for the special episode below.

To note: An earlier version of this article stated that the original air date for the special standalone episode was Thursday, June 16. Due to CBS News airing portions of the Jan. 6 committee hearings on Monday, June 13, a repeat episode of “Y&R” was joined in progress pushing all-new episodes back one day.