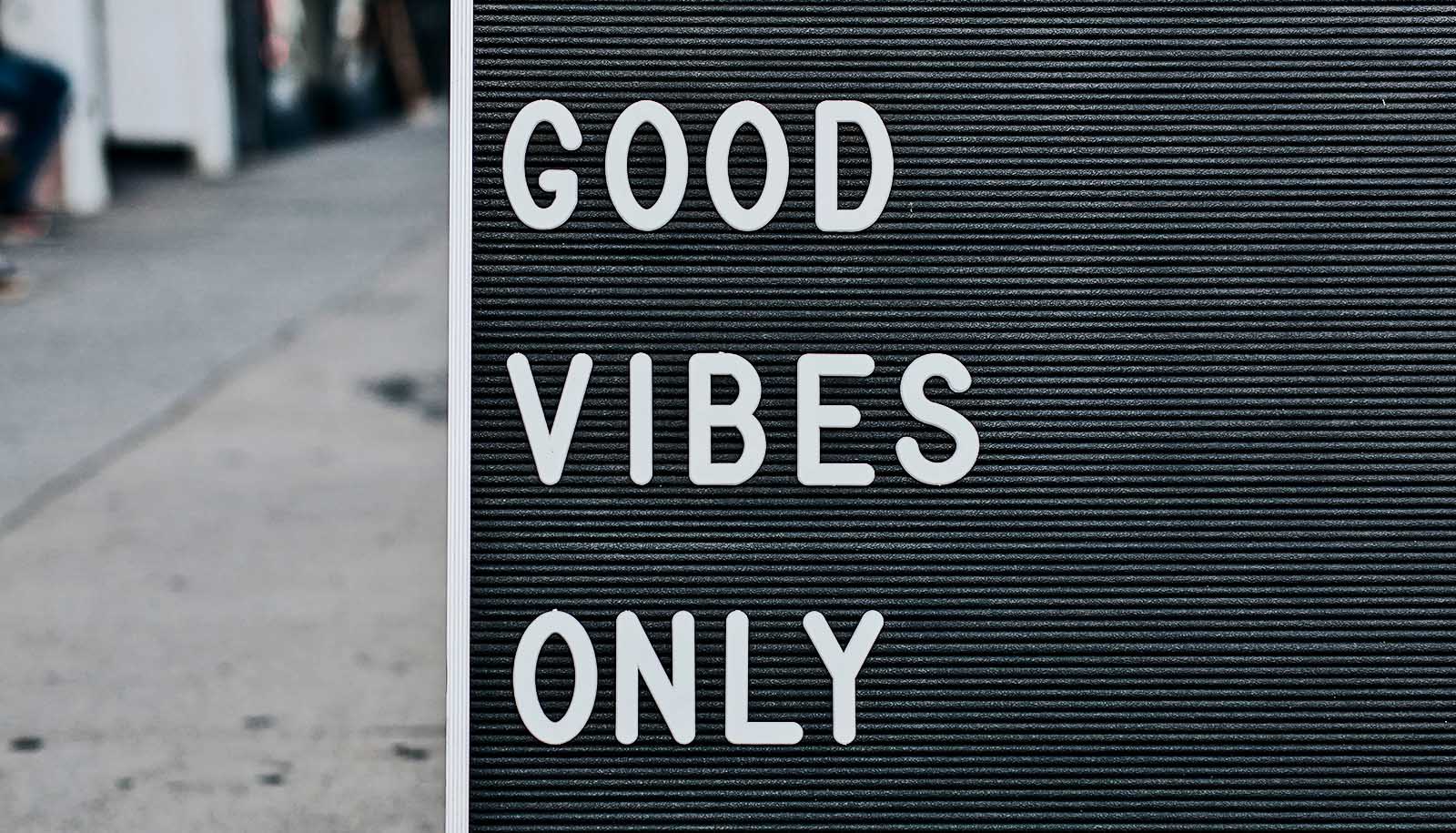 The benefits of positivity may depend on race and culture

You are free to share this article under the Attribution 4.0 International License.

The supposedly universal benefits of positivity may not generalize to all races, the research indicates.

Studies have consistently shown that positive psychological factors are linked to better physical health, including increased resistance to infectious diseases such as the flu and colds. The new study examines the role race plays in this, comparing the outcomes of African American and European American participants in a series of landmark Common Cold Project experimental studies, which took place between 1993 and 2011.

The work, published in the journal Psychological Sciencesfinds that while positive factors such as happiness are associated with reduced illness after experimental exposure to the virus for European Americans, positive self-ratings (e.g., reporting higher positive emotions, self-esteem and perceived health) in African Americans did not help and, in some cases, were associated with an increased risk of developing upper respiratory tract infections.

“A key point that we are trying to highlight in this study is that there can be nuance to the positive psychological factors that protect people, depending on their race and culture, and we need to take that seriously. “, declares the correspondent. author Sarah Pressman, professor of psychological sciences and associate dean of undergraduate education at the University of California, Irvine.

“Many positive psychology interventions are widely applied to try to improve health, and what this study highlights is the possibility that these interventions may not be effective for certain cultural groups.”

The research team analyzed participant data from four studies led by Sheldon Cohen, professor emeritus of psychology at Carnegie Mellon University and one of the study’s co-authors: the Pittsburgh Mind-Body Center study and the Pittsburgh Cold Studies 1, 2, and 3. Analyzes focused on healthy adults ages 18 to 55 (271 African Americans and 700 European Americans) recruited from the greater Pittsburgh area.

All subjects demonstrated good health and completed previral challenge questionnaires and telephone interviews to assess psychological measures (positive or negative emotional style, self-acceptance, self-esteem, self-reported health status, and perceived stress) for several weeks before their exposure to an upper respiratory virus via nasal drops. Participants spent six days in quarantine at a local hotel, where researchers monitored them for general symptoms and objective physiological markers of the disease, such as nasal mucus production and clearance.

Lead author Cameron Wiley, a doctoral candidate in psychological sciences at UC Irvine, summarizes the findings: “Higher levels of positive affect – an average of emotions like vigor, well-being, and calm – resulted in a decrease in the number of colds for European Americans, but among African Americans this effect was not as strong.When we looked at other factors, we found that higher levels of self-esteem were also linked to a lower incidence of colds in European Americans, but African Americans with higher levels of self-esteem actually had a higher likelihood of catching a cold, which was a finding shocking, to say the least.

Pressman adds, “We always try to raise people’s self-esteem and make them feel good about themselves. But in this study, high self-esteem was actually associated with an increased likelihood of getting sick if you were African American. So this really points to the need to be conscientious when developing interventions to improve health, because what we assume is “good for you” may not be good for everyone. »

The COVID-19 pandemic prompted the UCI research team to review the data. “The pandemic has disrupted emotional well-being networks for everyone, but we still find that black and brown populations have higher COVID morbidity and mortality rates. To try to unpack this disparity, we explored data from a rare set of studies that involved quarantining individuals who were experimentally exposed to upper respiratory illnesses similar to the COVID-19 virus,” explains Willy.

“We still don’t fully understand why some people get so sick from COVID-19 and others don’t – and psychological factors and maybe some cultural factors may be part of the explanation. We hope this work will encourage researchers to further explore this direction,” says Pressman.

Both Blevins and Wiley plan to continue studying the link between physical health and psychological experiences of different races and researching what factors can build resilience in at-risk populations.