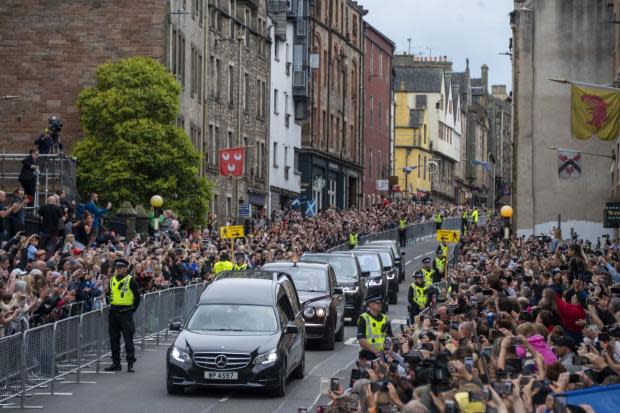 SUPPORT for independence plummeted after the Queen’s death, according to a new limited poll.

The Deltapoll survey for the Scottish Sun also found that more people believed death had strengthened the Union than believed it had weakened it.

The poll covered 659 people, less than two-thirds of the normal sample size of 1,000 people.

He revealed that 42% of all respondents would vote Yes in a second referendum tomorrow, up from 46% last month.

Excluding do not know, the poll showed 47% yes and 53% no to independence, against 49 and 51% respectively in August, when Panelbase conducted a poll on the constitutional question.

Respondents were also split on whether to hold Indyref2 next year as planned by Nicola Sturgeon if legally possible, with 45% backing the Prime Minister’s schedule.

Pollsters also found that 40% of Scots thought King Charles would make a good monarch for Scotlandagainst 15% who thought it would be bad.

Additionally, 28% of people thought the Queen’s death had made the UK stronger, compared to 18% who thought she had undermined it.

More than three-quarters (78%) said they had cried, or were upset or moved by the Queen’s death at Balmoral on September 8, with 57% saying they would watch the funeral tomorrow.

Tory MP Andrew Bowie, whose West Aberdeenshire and Kincardine seat includes Balmoral, said: ‘What the past week has shown is that there is so much more that unites us than divides us.

“The whole country has been together in our respect and sorrow for the late Queen while looking forward to King Charles representing all four corners of the country.

“Sometimes it takes a sad moment like this to remind us that we all stand together.”

Deltapoll’s SNP could not be compared to Panelbase’s findings in August.

A spokesperson said: ‘In elections held last year, the people of Scotland issued an iron mandate for an independence referendum by electing a majority of MSPs supporting a referendum.