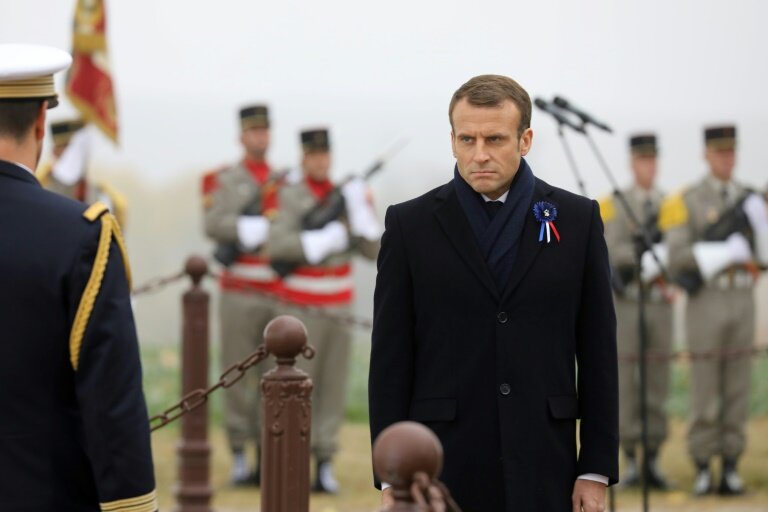 Stop being naive and claim your independence from the United States: Macron

TEHRAN – Amid escalating tensions between France and its allies over the AUKUS pact, the French president reaffirmed the need to assert defense independence from the United States.

Emmanuel Macron said that Europe must stop being naÃ¯ve and strengthen its military capabilities to defend the continent.

Macron made the remarks on Tuesday after Greece agreed to buy French warships worth at least $ 3.5 billion. The two countries will also pursue a common defense partnership.

France has entered an unprecedented diplomatic crisis with the three countries following the signing of a tripartite security agreement between the United States, Australia and Britain in recent weeks, which has led to the termination of the Paris-Canberra agreement on the sale of nuclear submarines.

Macron, who spoke at a press conference with Greek Prime Minister Kyriakos Mitsotakis on Tuesday, took the opportunity to call for Europe’s independence from the United States as Washington focuses on China and the Indo-Pacific.
â€œFor a little over 10 years now, the United States has been very focused on itself and has strategic interests that are shifting towards China and the Pacific,â€ he said.
“It is in their right to do so”, he added, but “we would be naive, or rather we would make a terrible mistake, not to want to draw the consequences”.

Just last week, Macron and Biden spoke out in a phone call requested by the White House. Following the phone call, France said it would return its envoy to the United States

In a joint statement, Macron and Biden said the United States “recognizes the importance of a stronger and more capable European defense, which positively contributes to transatlantic and global security and is complementary to NATO”.

Macron mentioned the statement on Tuesday, saying the United States is “a great historical ally and an ally in terms of values. And it will remain so.” The search for European independence in matters of defense would be complementary and would not constitute an “alternative to our alliance with the United States”, he added, that it would occur “within the framework of NATO “.

â€œFor a little over 10 years now, the United States has been very focused on itself. “
Macron first came up with the idea of â€‹â€‹forming an independent European army under the presidency of former US President Donald Trump, when the rift between the two Atlantic states became more apparent.

In a direct interview with The Economist on November 7, 2019, Macron said: “What we are currently experiencing is NATO brain death.” Europe is “on the precipice”, he added.
He then said, “If we don’t wake up […] there is a considerable risk that in the long term we will disappear geopolitically, or at least that we will no longer be masters of our own destiny. I believe it very deeply. “

That year, the French president stressed that extremist nationalism and foreign forces threaten Europe’s territorial integrity and that he seeks an independent Europe with multilateral relations.

In response to Macron’s remarks, then US President Donald Trump called the idea an insult and called on France to play a more serious role in NATO and pay its share of it. ‘alliance.

In the years following World War II, the idea of â€‹â€‹forming an independent army in Europe, especially in Western Europe, occupied the minds of the leaders of the Green Continent. After World War II, when Europe was in ruins, the task of governing Europe was transferred to the Soviet Union and the United States by resolutions of the Yalta Conference, leaving a marginal role to the Great Britain and France.

Of course, the formation of a united European army also has its adversaries. Since the absence of Great Britain, the German and French armies will be the most powerful European armies, the European army will practically become a Franco-German plan.

Beside this, an independent European military force will be in direct competition with NATO, with a strong and bitter adversary called the United States, which strongly opposes the formation and strengthening of multilateralism in the international system.