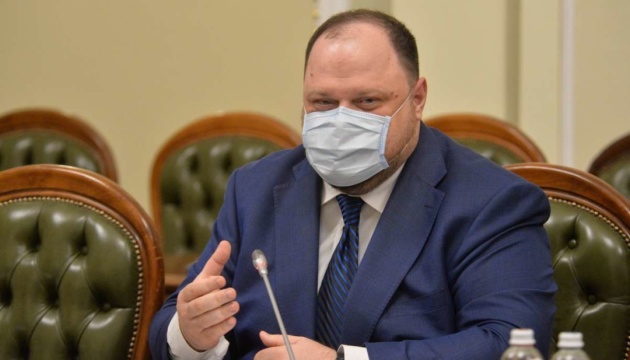 Stefanchuk signs two bills on the independence of the NBU

The chairman of the Verkhovna Rada, Ruslan Stefanchuk, signed two bills on the National Bank of Ukraine, which are of fundamental importance for the further cooperation between Ukraine and the IMF.

The first is Bill No. 5853 “On the introduction of amendments to Article 33 of the Budget Code of Ukraine to clarify the information provided by the National Bank of Ukraine for the preparation of the budget statement” , Ukrinform reports.

The document amends Article 33 of the Budget Code of Ukraine regarding the list of information that the NBU must submit annually to the President, the Verkhovna Rada and the Cabinet of Ministers of Ukraine.

The NBU must annually (before March 1 of the current year) inform the Council of Ministers, the President and the Parliament of the estimated forecasts for the part of the profit before distribution, which is to be transferred to the state budget.

The bill enters into force on the day following the day of its publication, but at the earliest on the day of entry into force of the bill “On the introduction of amendments to certain laws of Ukraine concerning certain matters activity of the National Bank of Ukraine. “

In addition, Stefanchuk signed Bill No. 5852 â€œOn the introduction of amendments to Article 3 of the Ukrainian Law on Public Procurement Regarding the Purchase of Legal Services by the National Bank of Ukraineâ€.

According to the text of the document, the list of cases not covered by the Law “On Public Procurement” now includes the procurement by the National Bank of Ukraine of legal services to represent its interests to foreign authorities, as well as those related to the the protection of its rights and interests in the settlement of disputes and the examination in foreign jurisdictions of cases to which the NBU is a party.

The documents have been sent to the President for signature.

The Verkhovna Rada adopted both bills on October 19, 2021.