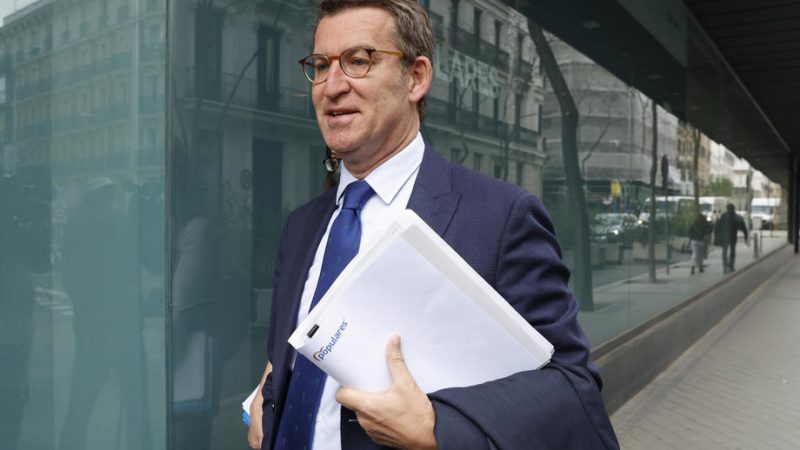 Alberto Núñez Feijóo, who was elected leader of the centre-right Partido Popular (PP) in April, told members of the European People’s Party (EPP) congress in Rotterdam that his party represents hope for many Spaniards and is expected to win next year’s general election.

Feijóo has described himself as Spain’s “immediate future” in the face of the “eurosceptic opposition” and members of Spain’s coalition government who doubt whether to remain in the NATO alliance.

Feijóo’s comments are a direct criticism of the leftist Unidas Podemos (United We Can), which opposes any Spanish military involvement in NATO, and said this week that none of its government members will take part in the next NATO summit in Madrid from June 29-30, EURACTIV partner EFE reported.

Unidas Podemos governs jointly with Prime Minister Pedro Sánchez’s Socialist Party (PSOE), but its unity has recently been challenged by differences over sensitive issues such as labor laws and NATO, EFE reported.

Ahead of the EPP congress in Rotterdam, Feijóo gave his first speech – in Spanish – to an international audience after being elected as the new leader of the PP in April.

Spain, where general elections are scheduled for December 2023, is one of the “battlegrounds” that new EPP President Manfred Weber has his eyes on, party sources said.

“The Spanish People’s Party represents hope for many compatriots who do not want a country without leadership,” Feijóo told the congress, where he presented himself as “an alternative for Spaniards.”

Feijóo also used the meeting in the Netherlands to hold a dozen bilateral meetings with European leaders from his political family, including the presidents of the European Commission and the European Parliament, and the prime ministers of Greece, Romania and Sweden.

After the meetings, Feijóo assured that many of his party colleagues had expressed their “concern” for Spain and promised to understand the “concerns about the opacity and poor execution of European funds (by the government) and government divisions over NATO. .

“To all of them, I have tried to convey tranquillity: Spain is much better than its current government, and there is an alternative available to the Spanish people. Spain is much more than your bad government. Spain has almost 48 million Spaniards, Europeans, who deserve the trust and support of EU institutions,” he said.

Feijóo also distanced himself from the far-right VOX party, assuring that the PP “is not the eurosceptic opposition”.