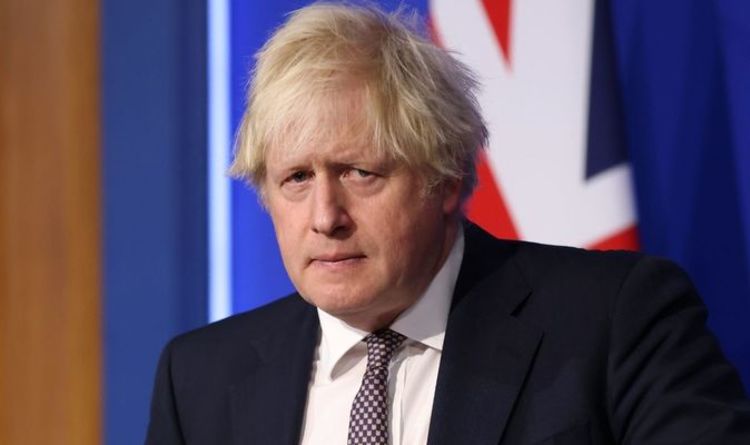 Sturgeon says to ‘drop obsession with independence’ in 2019

SNP Deputy Leader Keith Brown addressed members at the party’s virtual conference and called for them to replicate the success of the Scottish May elections in next year’s local council vote . Delegates attending the virtual event were invited to contact voters undecided on Scottish independence ahead of a second referendum on the issue. Mr Brown said: â€œI know, once again, that we can count on our army of activists to withdraw the SNP vote for another resounding election result – and another big step on our way to it. ‘independence.

â€œMy friends, I can tell you this: this campaign for independence is well underway.

“And I promise you, we won’t give up until we win this referendum.”

The SNP deputy leader has also dealt a huge blow to Prime Minister Johnson and his Tory government, insisting they know they “cannot stand in the way of the democratic will of Scotland”.

He insisted that combining the outcome of the Holyrood election in early May with a victory in the next local election would allow the SNP to “put pressure on the UK government over our legitimate call for a referendum” .

Mr Brown told delegates: ‘The Johnsons and the Goves of Westminster know they cannot stand in the way of Scotland’s democratic will. â€œAnd what we do know is Boris Johnson always gives in to pressure – just look at the scandalous Owen Paterson affair.

â€œWhen the Prime Minister had to choose between protecting the integrity of an elected mandate or protecting his friend, he chose to change the rules to protect a colleague.

“And when the pressure mounted, he gave in and turned around again.”

The SNP deputy chief also claimed that ‘the Tories don’t care about Scotland’ while also insisting that ‘Scotland must escape all of this’.

He concluded: â€œMy friends, the simple truth is that the Tories don’t care about Scotland.

â€œThey don’t care about those who lost their jobs when they ended their leave prematurely.

DO NOT MISS
British intelligence networks unaffected by Brexit [INTERVIEW]
Brexit claimed supremacy at UK border after alliance with EU ended [COMMENTS]
Omicron variant: 3 things the UK needs to do to avoid an alarming spread [ANALYSIS]

“They don’t care about those who fight an inhumane immigration system that prevents people from taking jobs at companies by screaming for workers over the Conservatives’ obsession with Brexit.

“Scotland needs to escape all of this.”

But Pamela Nash, chief executive of pro-British campaign group Scotland in Union, has launched a scathing attack on renewed calls for Scottish independence, which come with a potentially devastating variant of Covid underway. ‘identification.

She said: ‘To boast that a new campaign to divide Scotland and shatter the UK is underway on the day warnings are issued about a new variant of Covid is nothing short of extraordinary.

“Government ministers should focus on taking over and rebuilding our NHS and public services, without being fixated on the constitution.

“As a member of the UK, we are stronger together, protecting millions of jobs and livelihoods, investing more in schools and hospitals and ensuring that we can build a recovery that leaves no community behind. side.”

In an interview with BBC political editor Laura Kuenssberg earlier this week, Ms Sturgeon said the SNP “intends to take steps” that will allow an independence referendum to be held before the end of 2023.

She hopes Scotland will emerge from the ‘acute’ phase of the Covid pandemic early next year to allow Scotland to focus again on its future.

The Scottish Prime Minister said: ‘When Scotland again looks to the best future for the country, we do so not in the shadow of a pandemic that is and has claimed too many lives, but as we recover of that and that we turn our minds to the positive and optimistic task of how to build a better country?

“This means Scotland must choose who makes these decisions, not be forced onto someone like Boris Johnson and decide for ourselves.”

Ms Sturgeon also insisted that her current goal is to rebuild Scotland from the damage inflicted by the pandemic.

She added: “We don’t want people to make a massive decision on the future of the country when we are always worried about face coverings and test ourselves every day before we go somewhere.”