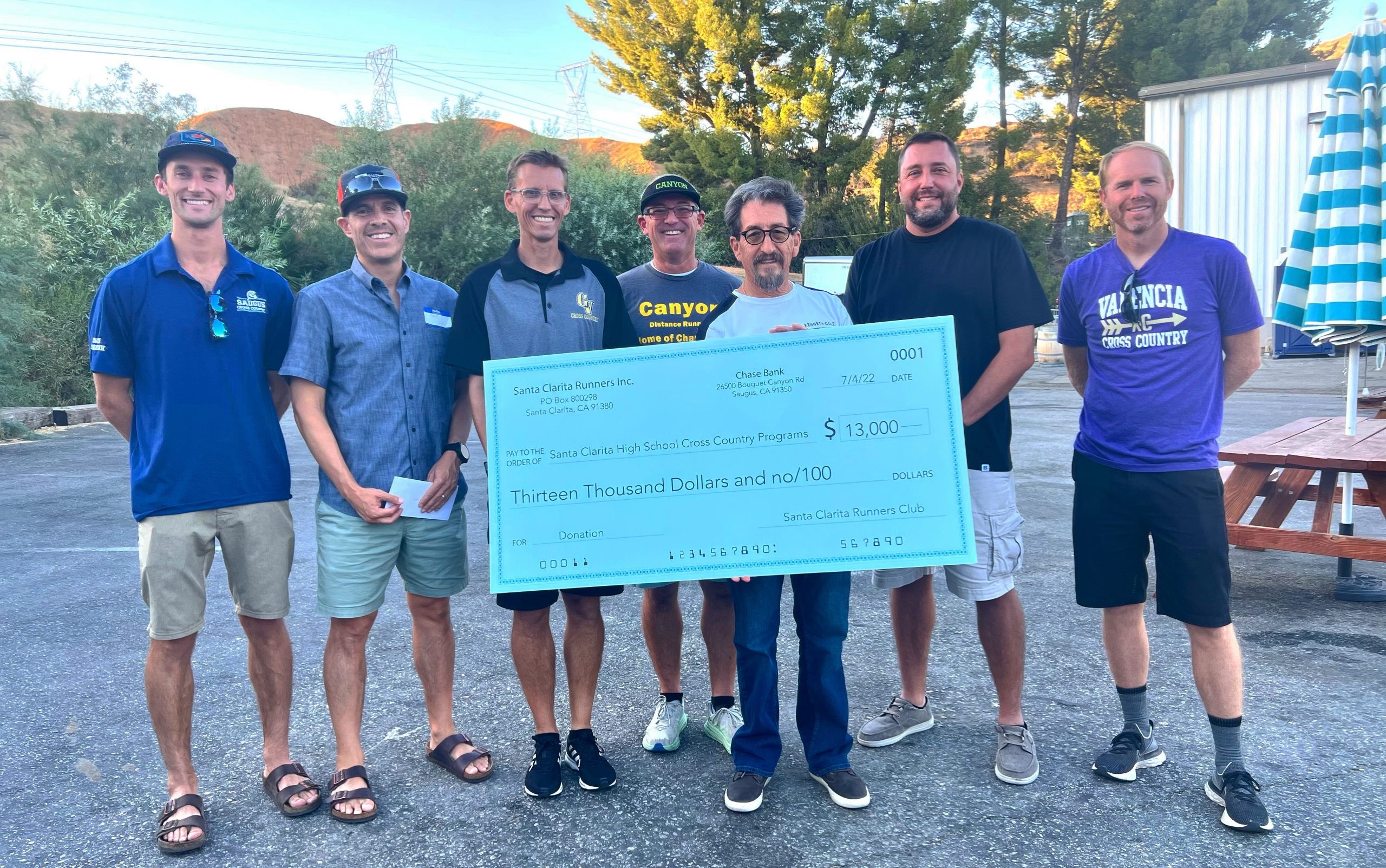 In 1984, when the Hart district consisted of only three high schools, the first races drew approximately 100 participants and each school received $300. Thirty-five years later, in pre-pandemic 2019, 1,000 runners participated and the club was able to donate $3,200 to each of six high school teams in the community.

This year, with the addition of Castaic High School, donations were split between seven schools. Although this year’s race had fewer participants than pre-pandemic races and the costs of running the race have increased, each school received a donation of $1,850, a total donation of $13,000 from the Santa Clarita Runners Club.

Over the past 10 years, the club has donated over $130,000 to support SCV cross country teams. Since these high school programs lack the financial support enjoyed by larger athletic programs, they rely on donations to fund tuition, transportation, and training.

Carl Pantoji, the club’s race director for 14 years, said he was pleased to see how the race has developed over the years.

For more information on becoming a sponsor of next year’s Independence Day Run, please contact Santa Clarita Runners at www.scrunners.org.

Fat-shaming for Arab women, body positivity for the West