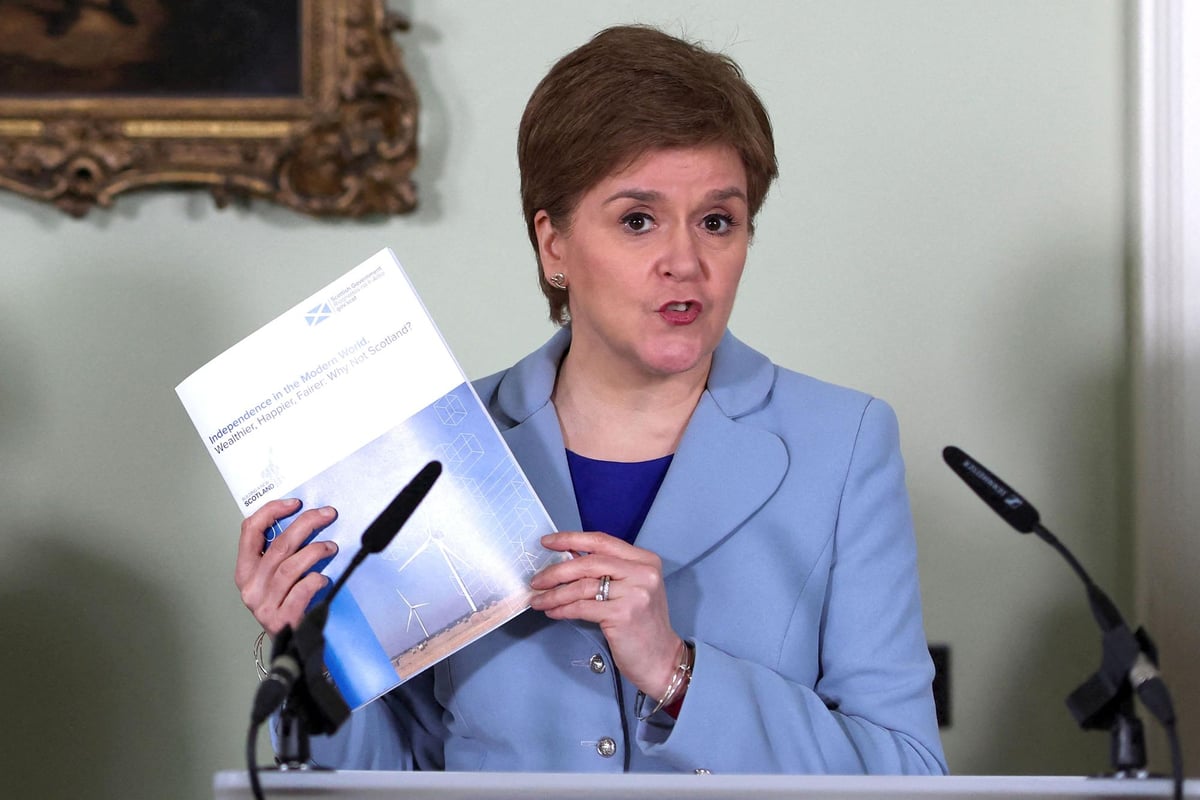 The UK Supreme Court will deliver its judgment next Wednesday on whether the Scottish Parliament could hold a second independence referendum without Westminster’s approval.

The last decade has confirmed that anything is constitutionally possible. But whatever the decision, it will never fix the fundamental flaws that lead us here. Two distinct political themes have stuck Scottish public political life in a loop.

Critics may say you can’t campaign on an issue over which you have no control. However, if that were true, no progress would ever be made on anything. There must be a formal recourse to settle a political question for which a party was elected.

The second reports directly to the SNP and focuses on the detailed costs of independence. Some people find the SNP’s independence proposals to be terrible and lackluster in detail, to say the least.

For example, the First Minister was asked to indicate the estimated costs associated with physical customs checks “which are likely to only be carried out on the two main main routes between England and Scotland or at rail freight terminals”, according to to its “Building a New Scotland” policy. paper series.

But criticizing his plans is not the same as resolving Scotland’s constitutional impasse. That is for the Scottish electorate to judge in a referendum, and it is not for the UK government to determine whether such proposals merit a vote. Polls are part of the equation, but election-determined terms are everything. Either you believe in democracy or you don’t.

Regardless of the Supreme Court’s decision next week, the debate between policy and procedure will go nowhere. How does Scotland get what it votes for, even if it’s embarrassing?

Pointing out the lack of detail in the SNP’s plans for Scottish independence doesn’t actually resolve the constitutional issue (Picture: Russell Cheyne/pool/Getty Images)

Continuing what is, for now, a rogue referendum is a bold unilateral move for the SNP. Yet this fails to address the deficiency of a system that removes a core tenet of their party, which continues to win elections. Answer that, and maybe the Union will have a chance.

Brexit was an insult to decentralization. It radically changed the 1998 regulations, encroached on predefined Scottish powers and forever changed the way people perceived the cause and effect of British government policy. For most of the Union’s history, Scottish institutions have remained separate, including education, law and health. Keeping furniture safe is a constant challenge if your landlord is trying to tear down the house, brick by brick.

The Sewel Convention (where the Scottish Parliament must give its assent to any UK legislation that encroaches on a devolved domain) is not enough to close the serious cracks in the supposed adaptability of the UK constitution. A member country of a voluntary union should be able to decide whether it wants to remain a member.

Predictably, the British chancellor’s autumn statement revitalized the question of whether Scotland could do better under independence. Progressing beyond that fixation has a lot to do with the availability of a constitutional mechanism to ask if this is what the people want. The fact that we’re not available is a distraction.

In the run-up to the 2016 EU referendum, political outcomes were the focus. Not only was a referendum within the jurisdiction of the government and Parliament, but it simply became a matter of timing. Conservative voters – and many others in the political aisle – would rightly have called it fault if a vote had been promised and then refused.

You may not like the SNP, you may not like their government and you may think their proposals for independence are crazy, but that is entirely different from resolving their repeated electoral triumphs over a platform to organize a referendum.

One can be a trade unionist and recognize something that is absolutely wrong with the system, that cannot solve such a massive democratic deficit. The second article in the Building a New Scotland series, Renewing Democracy through Independence, argues that under the current system, only the UK government and Parliament in Westminster can make decisions on specific issues that have a significant impact on the everyday life of people in areas such as energy and migration. .

The diagnosis is correct, but not the resolution. Things can change, but that starts with recognizing that the current problem is unavoidable. Three Scottish Acts (1998, 2012 and 2016) evolved the Scottish Parliament beyond its original mandate.

What would have happened if a Scottish Liberal Democrat government had called for federalism and the British government had refused? What would happen next if, election after election, they continued to win that mandate, but no one listened? Can it ever be granted only by Westminster?

The SNP does not dominate the constitution; they happen to be in power. Parliaments are like black holes; they want more and more control. This is the reality of devolution: either our Parliament exists to serve the people, or it survives for the convenience of Westminster.

Scottish independence is dangerous. But it is bizarre that a referendum is considered a stake in an advanced democracy. A party’s ability to act on issues and commitments for which it was elected should be a democratic celebration, even if it’s over something nasty. Denial of this should provoke outrage from any avowed Democrat.