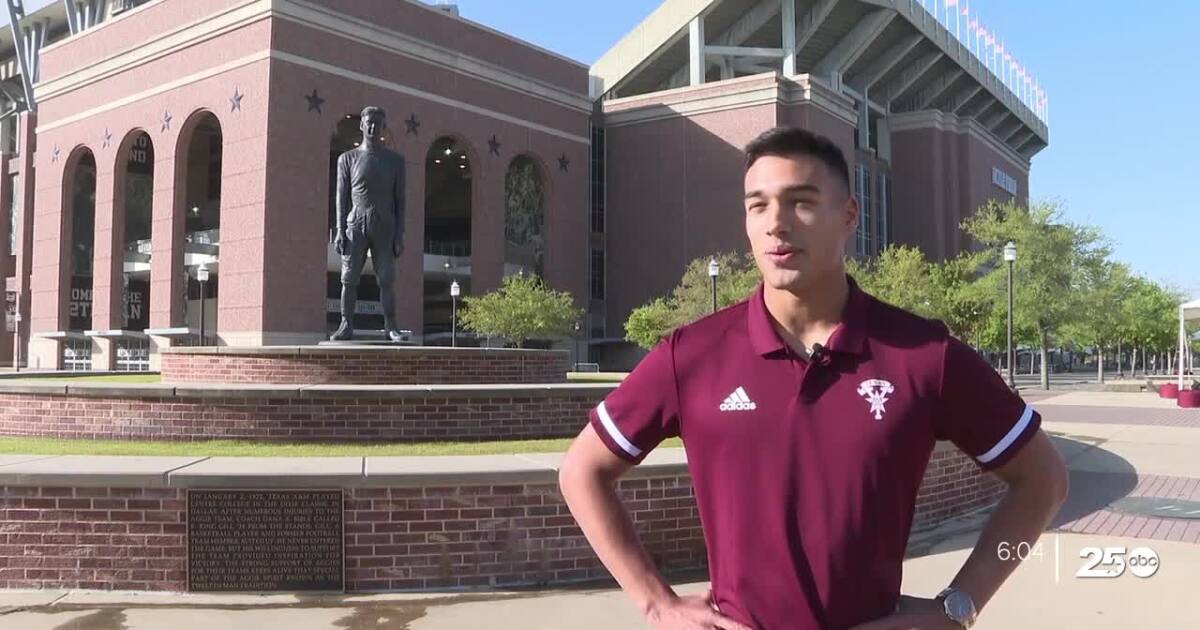 COLLEGE STATION, Texas — For more than 100 years, Yell Leaders have embodied the pride and spirit of Texas A&M University, with a deep spirit for nearly everyone who attends Texas A&M.

Zac Cross says he’s ready to continue the long-standing tradition as the next frontman of The Yell Leader. Often depicted as the 12th man, the Yell Leaders are the heart and pride of all aggie sporting events.

“It’s been a blessing to give back to the university that has done so much for me,” Cross said.

As a first-generation student, Cross knew little of the Aggies’ immense pride in their culture – it was ultimately to witness it that he decided to join the team.

“At Texas A&M, spirit is the foundation of everything we do,” Cross said. “It is embodied in our traditions and core values. It is our job as Yell Leaders to ensure that the entire student body has the opportunity to participate in these traditions and be part of the 12th Man.”

“I realized how special A&M was and really started to feel like I was part of the Aggie family and the 12and Man and I was trying to think to myself I wanna give back how can I do that?

And he did – serving as Junior Yell Leader for the past 2 years, but Cross remembers the day everything changed for him.

“I remember where I was – I was getting in my truck and I got a call from the current leader of the howls in chief…For about a good 30 seconds I didn’t know what to say… Immediately after hanging up, I called my mom and told her and the rest of my family and friends that this is such a great opportunity.

Zac’s parents – Stephen and Elizabeth Cross say they were equally thrilled to hear the good news.

“We are extremely proud, he is a hard worker, he is very dedicated when he decides to do something, he pretty much accomplishes it. He is a go-getter in that aspect – if something is put in front of him, he going to do it,” said Mother Elizabeth Cross.

“I trained him, it’s one of those things that’s been instilled in him since he was little – try hard, do your best – and he does it,” said father Stephen Cross.