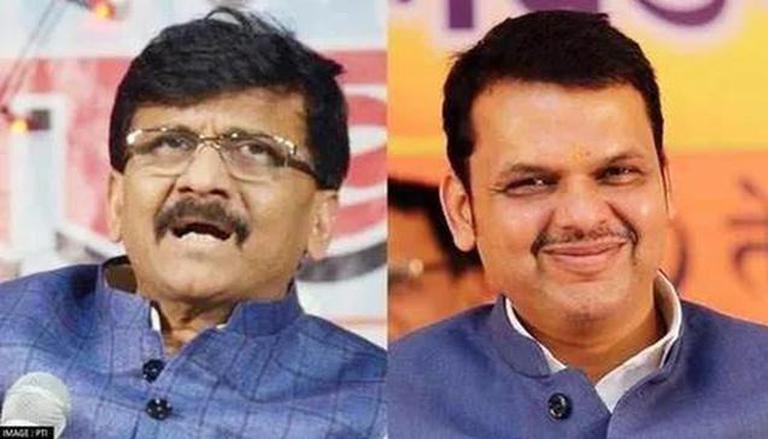 Sanjay Raut denounces “the unrest among the rebels after the order of the SC”; warns Devendra Fadnavis

Speaking at a press briefing on Tuesday, Shiv Sena MP Sanjay Raut claimed there was unrest among Guwahati rebels after the Supreme Court order. A day earlier, an SC bench consisting of Justices Surya Kant and JB Pardiwala extended until July 12 the deadline given by Vice President Narhari Zirwal to the Eknath Shinde camp to submit its response to the disqualification petition of the Senna. Further, the Maharashtra government has assured that no harm will be done to the life, liberty and property of the 39 MPs and their families.

Weighing in on the Supreme Court’s order that did not prohibit a ground test, Sanjay Raut remarked: “MPs who sit in the Guwahati Valley should rest there until July 11. There is no “There is no work for you in Maharashtra. Our application will be considered after the 11th. It does not mean that these people come to the Assembly and do something. This is a very historical order.

Expressing hope that many rebels will return to the party, he said, “Whether it is Uddhav Ji, Aaditya Ji or any of us, we are not ready to consider them all rebels. More than half of them are in contact with us. We are not prepared to consider them rebels because they were forcibly taken there. Until they return to Mumbai, we are hopeful.

Commenting on whether meetings are taking place at Fadnavis’ home regarding the formation of a BJP government, Raut joked, “Devendra Fadnavis is the leader of the opposition in the state. He has the support of 106 MPs. Such a big opposition party was not formed in Maharashtra before. Our consistent position is that this party can do a good job. Devendra Fadnavis has that ability. There is a reason why he was CM. But he shouldn’t interfere in the current crisis.

It is an order for them to rest there (in Guwahati) until July 11th. There is no work for them in Maharashtra: Shiv Sena MP Sanjay Raut on SC orders to allow Eknath Shinde and other rebel MPs to file response to disqualification notice issued to them by Dy Speaker before July 11 pic.twitter.com/GIKPVSuGIV

On this occasion, Sanjay Raut also chastised rebel spokesman Deepak Kesarkar for writing an open letter urging Maharashtra CM Uddhav Thackeray to ally with the BJP again. Alleging that the NCP and Congress are enjoying power and simultaneously trying to complete the founding of the Shiv Sena, Kesarkar argued that the rebels were fighting for the party’s self-respect. Raut replied, “When did he join the party? After Balasaheb died. How can he talk about Shiv Sena? Tell him to try to get elected from Sawantwadi”.