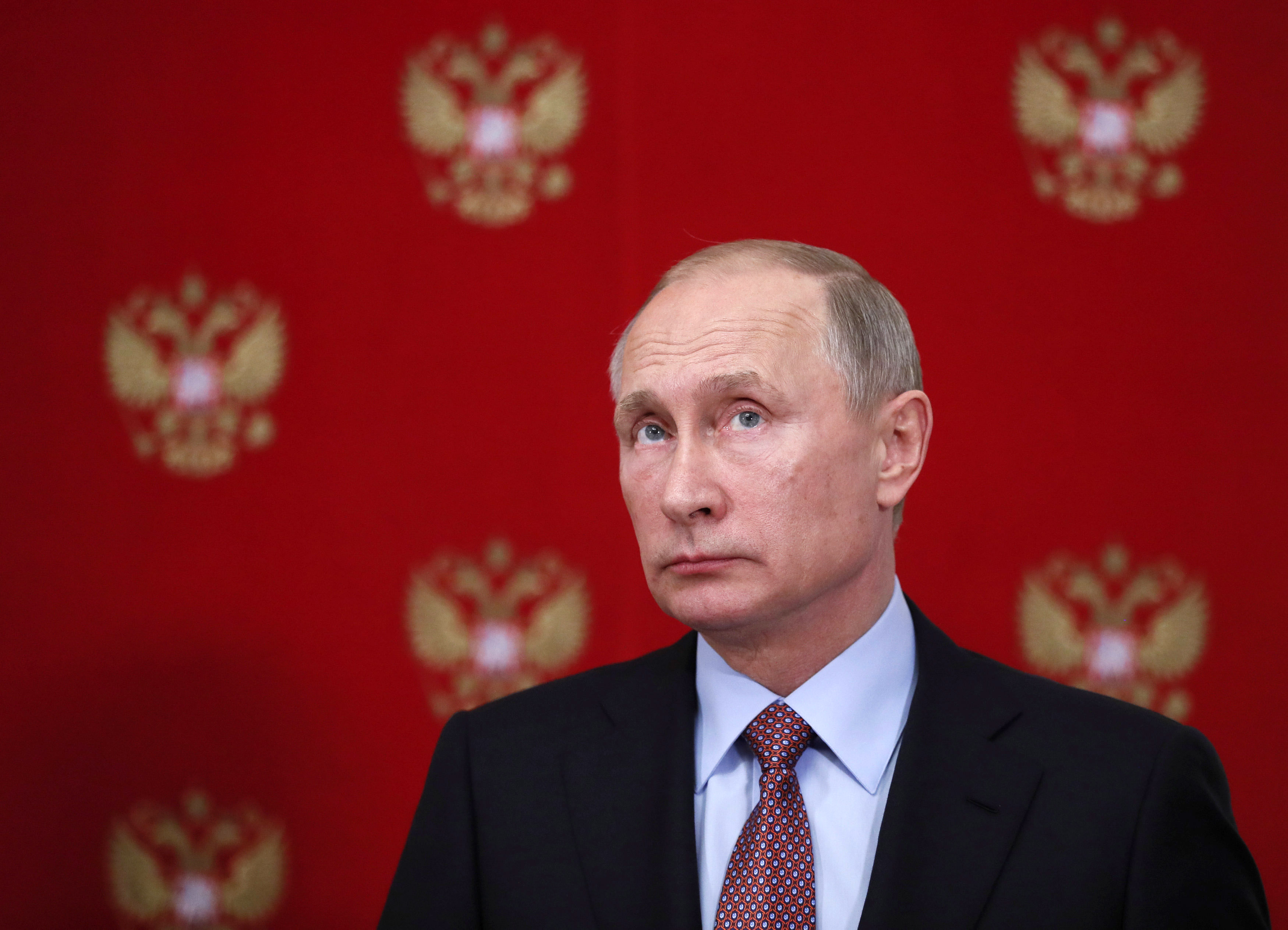 Restless Powers: How Russian and Armenian Irredentism Could Destabilize Eurasia

For much of the postwar period, the principle of the territorial integrity of states was sacrosanct. In the 1950s and 1960s, the United Nations (UN) definition of the right to self-determination was applied only to the colonies of European empires. Separatist campaigns were successful in only two cases: Bangladesh from Pakistan in 1971 and Eritrea from Ethiopia in 1991. Irredentism surfaced in the mid-1970s when Morocco invaded Western Sahara and Indonesia invaded East Timor.

In the post-Cold War era, the Russian Federation threatened the principle of the territorial integrity of states by creating frozen conflicts in Transnistria in Moldova, in Nagorno-Karabakh in Azerbaijan, in South Ossetia and in Abkhazia in Georgia and in Crimea in Ukraine. These territories do not fall under the UN definition of the right to self-determination because they are part of existing states. Separatist campaigns, like that of Biafra in Nigeria from 1967 to 1970, were never supported by the United Nations.

The West’s support for Kosovo’s independence in 2008 changed that precedent. Russia used the precedent of Kosovo to support “independence” of South Ossetia and Abkhazia in 2008 and “self-determination” of Crimea in 2014. New Russia “, three quarters of Ukrainians think that Russia and Ukraine are at war in the Donbass region. But Russia’s disinformation campaigns claim that a Ukrainian “civil war” and not a Russian-Ukrainian war is underway – the Kremlin claims there are no Russian troops in eastern Ukraine . Armenia believes Nagorno-Karabakh has the same right to “self-determination” as Crimea, and Yerevan, the seat of the Armenian national government, has sided with Moscow against the seven UN votes denouncing Russian occupation of Crimea since 2014.

Thirteen of the Soviet republics that became independent states in 1991 had no territorial aspirations for the lands of their neighbors and supported the principle of the territorial integrity of states. In these thirteen states, irredentism is confined to marginal nationalist groups despite the fact that there are three times as many Azerbaijanis living in Iran as in Azerbaijan and three million more Tajiks living in Afghanistan than in Tajikistan. Although Russian President Vladimir Putin believes that Ukraine has benefited from Soviet territorial constructions, the Kuban region of the North Caucasus and the adjacent regions of eastern Ukraine have been included in the Russian Soviet Federative Socialist Republic. (SFSR) in the 1920s, and Ukraine left the Soviet Union with 200,000 square kilometers less land than when it joined.

Russia and Armenia are the two post-Soviet exceptions to respect for territorial integrity. In both cases, their “imaginary communities,” to use the expression of nationalist theorist Benedict Andersen, have always been seen as extending beyond state borders. Andersen wrote that “imaginary communities” are socially constructed in the modern era by people who see themselves as part of a larger nation based on ancient myths: in the case of Russia, for example, a people East Slavic obshcherusskiy narod (All-Russian people) originally from medieval Kievan Rus or, in the case of Armenia, from a former Greater or United Armenia.

The Russian and Armenian “imaginary communities” which transcend the respective borders of the Russian Federation and Armenia enjoy wide support among the ruling elites, state organs and populations who nostalgia for the “territories”. lost ”. In 2005, Putin declared that the disintegration of the Soviet Union was “the greatest geopolitical catastrophe of the century”. Armenian nationalists support a Greater Armenia, which includes fifteen provinces of what Armenian nationalists call Eastern Armenia (Russian Tsarist) and Western Armenia (Ottoman Turkish), on the basis of the unenforced 1920 Treaty of Sèvres. But Russia and Armenia are not alone: ​​the populist nationalists in power in Hungary regularly denounce the Treaty of Trianon of 1920, which reduced their country’s territory by seventy percent. Respectively, Hungary and Turkey consider the Treaties of Trianon and Sèvres as humiliating because outside powers cut up their territories when they were weak.

Irredentism has a deep history in Russia. Well-known historian Richard Pipes explained that Russia became an empire before it emerged as a nation state, which created confusion as to the borders between them. In contrast, England and France became nation states before building empires. The Russians saw “Russia” and the Soviet Union as one. The Russian SFSR was never seen on its own as the whole of Russia’s “imaginary community”. In Belgrade and Prague, there were federal and republican institutions that reflected the distinct Serbian and Czech identities of Yugoslavia and Czechoslovakia, respectively. But in Moscow there was no SFSR Russian Communist Party, Komsomol (Communist Youth League), Academy of Sciences, Cabinet of Ministers or other separate republican institution.

As British historian Vera Tolz has convincingly shown, a Russian civic identity viewing the Russian Federation alone as Russia’s “imaginary community” had limited support in the 1990s. Russians, who lived for seven decades with the feeling that the Soviet Union was their “imaginary community”, believed that “Russia” was bigger than the Russian Federation. Since 1991, Russia has pursued the dual objective of “bringing the Russians together [i.e. eastern Slavic] lands’ and the integration and reunification of Eurasia as a Union of Sovereign States, the relaunched Union of Soviet Socialist Republics (USSR), integration into the Commonwealth of Independent States (CIS), the Russian world, the CIS Customs Union or the Eurasian Economic Union. A Russian-Belarusian union initially proposed in 1996 under the presidency of Boris Yeltsin and considerably reducing Belarusian sovereignty will be signed next month.

Presidents Yeltsin and Putin insisted that Russia, as the successor great power of the Soviet Union, is entitled to a sphere of influence in Eurasia, which should be recognized by the West through a summit ” Yalta-2 ”. Former Soviet republics should agree to be part of a Russian sphere of influence or, if they attempt to integrate with the West like Georgia and Ukraine, face Russian-backed separatism. In Eurasia, Russia only believes that it has “real sovereignty”, while other former Soviet republics do not. Russia believes these are colonies of the West, which uses them to promote Russophobia and divisions among Eurasian states. The two most common themes in Russian disinformation about Ukraine are that it is an “artificial state” and an American “puppet”. Russia’s vision for its hegemonic sphere of influence, or what former Russian President Dmitry Medvedev calls its “privileged interests”, sees the Color Revolutions as inspired conspiracies of the United States and the European Union and does not include the North Atlantic Treaty Organization, the enlargement of the European Union and the introduction of UN and Western peacekeepers. Russia has always claimed exclusive responsibility for “peacekeeping” in the conflicts it has itself fabricated.

The Armenian diaspora, eight to ten million strong, is the largest in proportion to the size of an ethnic group (three million), and its greatest influence is in the United States and France. The Armenians are the most powerful of all the diasporas in the former Soviet Union; the three Baltic republics come in second and the Ukrainians in third. The influence of the Armenian diaspora is important in many ways because, as a document from the British Foreign Office explains, their feelings “will remain a significant obstacle in the search for a solution based on a compromise on the dispute of the Nagorno-Karabakh and Armenia’s relations with Turkey ”. With a powerful and influential diaspora, “Yerevan’s room for maneuver” is limited, says the British Foreign Office.

A US diplomatic cable noted that the Armenian-American diaspora “tends to be nationalistic in nature” and “has shown limited interest in promoting democracy, electoral reform and the development of civil society in Armenia.” At the same time, the Armenian-American diaspora “hastens to mobilize its supporters against the [government of Armenia; GOAM] if diaspora groups believe that GOAM is not acting in Armenia’s best interest. Many groups oppose GOAM’s regional reconciliation efforts on the grounds that such reconciliation does not include resolution of the latent conflict in Nagorno-Karabakh or recognition that the Ottoman Empire has engaged in genocide in Nagorno-Karabakh. 1915.

During the Cold War, the Armenian diaspora continued the international recognition of 1915 as genocide, which it linked to territorial claims over what it calls Western Armenia (Eastern Turkey). The terrorist organization the Armenian Secret Army for the Liberation of Armenia (ASALA) supported a Greater Armenia and the international recognition of 1915 as genocide. The Armenian Genocide Justice Commandos (JCAG) and the Armenian Revolutionary Army (ARA) were two smaller terrorist organizations with similar objectives. From 1975 to 1991, ASALA, with logistical support from the Soviet KGB provided by Palestinian terrorist proxies, carried out fifty bombings and assassinations that left forty-six dead and 299 injured. Their targets were Turkish diplomats and state officials, members of NATO. No other diaspora formerly in the USSR – including Ukrainians who also had a powerful nationalist diaspora and who campaigned for recognition of the 1933 Holodomor as genocide – embraced terrorism.

Jeremy Paxman says he would vote for Scottish independence