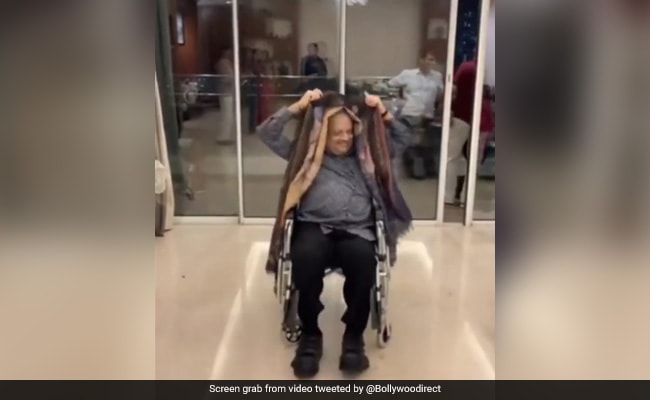 Hours after Rakesh Jhunjhunwala’s death, Congress leader Sanjay Nirupam shared a video on Twitter which shows the ace investor dancing to the Bollywood song ‘Kajra Re’.

In the video, surrounded by his friends and family, Jhunjhunwala is seen singing along to the film’s song ‘Bunty Aur Babli’ on the wheelchair.

“Rakesh Jhunjhunwala’s both kidneys had failed and he was on dialysis. His dance video shows that there should be a will to live under all circumstances,” the Congress leader tweeted while sharing the video.

Rakesh Jhunjhunwala passed away this morning at Breach Candy Hospital in Mumbai due to cardiac arrest. He was released from the same hospital a few weeks ago after being treated for kidney problems.

The veteran trader-investor, known as the Big Bull of Dalal Street, is said to have a net worth of around $5.8 billion. He was India’s 36th richest billionaire, according to Forbes’ 2021 list.

Rakesh Jhunjhunwala, often dubbed “The Indian Warren Buffett”, has always been optimistic about the country’s stock market. He was married to Rekha Jhunjhunwala who is also a stack market investor.