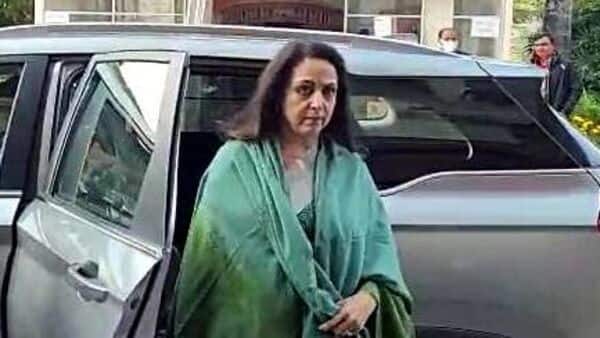 Prime Minister Modi, a world leader, everyone begging him to stop the Russian-Ukrainian war: Hema Malini

Prime Minister Modi is a world leader and some heads of state are urging to try to stop the Russian-Ukrainian war, BJP MP Hema Malini told a campaign rally in Uttar Pradesh.

Referring to the war in Ukraine, the BJP leader said that a new India has been born in the past seven years under the leadership of Prime Minister Modi and that the UP must participate in building this new India.

“..Even now in the war between Ukraine and Russia, he participates in stopping the crisis and everyone pleads our Modi ji. He is considered a great world leader. It is a matter of pride “, said Hema Malini.

Prime Minister Narendra Modi met on Saturday with Ukrainian President Volodymyr Zelenskyy, who briefed him in detail on the ongoing conflict situation in Ukraine.

Prime Minister Modi expressed his deep anguish over the loss of life and property due to the ongoing conflict and reiterated his call for an immediate cessation of violence and a return to dialogue, and expressed the will of India to contribute in any way to the peace efforts.

The Prime Minister also conveyed India’s deep concern for the safety and security of Indian citizens, including students, in Ukraine. He requested the facilitation of the Ukrainian authorities to quickly and safely evacuate the Indian citizens.

* Thank you for subscribing to our newsletter.

Young and restless: Sally risks everything with Adam. Plus, Courtney Hope Photos