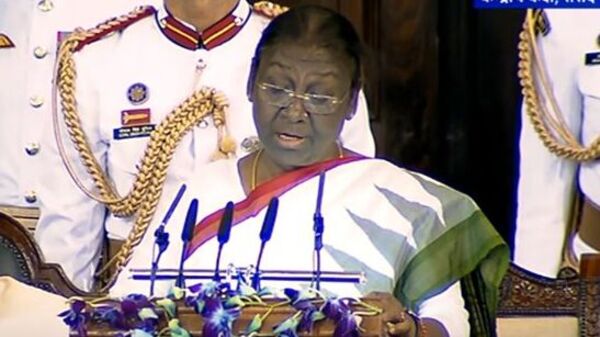 For the first time after being elected to the highest constitutional post, President Draupadi Murmu will address the nation today on the eve of India’s 76th Independence Day. She was elected President of India last month.

His address to the nation will be aired on Sunday from 7 p.m. across the nationwide network of All India Radio (AIR) and aired on all Doordarshan channels in Hindi, English and regional languages ​​on regional channels, according to the news agency. ANI.

Meanwhile, Prime Minister Narendra Modi will address the nation from the ramparts of the Red Fort tomorrow, August 15.

People across the country are enthusiastically taking part in the “Har Ghar Tiranga” campaign under the leadership of Azadi Ka Amrit Mahotsav to mark the 75th anniversary of India’s independence. It started on Saturday and will continue until August 15.

The Center has urged residents to hoist the tricolor in their homes from August 13 to 15 to join India’s 75th anniversary celebrations. People using social media platforms can also participate by changing their profile pictures to those of the national flag.

The government has also clarified that there is no restriction on when to display the flag, a citizen, private organization or educational institute can raise the national flag every day or every occasion. Previously, citizens of India were not allowed to hoist the tricolor every day except on occasions.

Prime Minister Modi, Home Minister Amit Shah along with other senior BJP leaders have already changed his profile picture on his social media handles to ‘Tiranga’ ahead of the 75th Independence Day celebrations of the country.

On Saturday, the Indo-Tibetan Border Police (ITBP) hoisted the national flag at various high-altitude borders across the country on Saturday as part of the Har Ghar Tiranga campaign. It hoisted the national flags at its high-altitude border posts 3,488 km near the Indo-China borders across the country and also promoted the campaign to the border population.

* Thank you for subscribing to our newsletter.