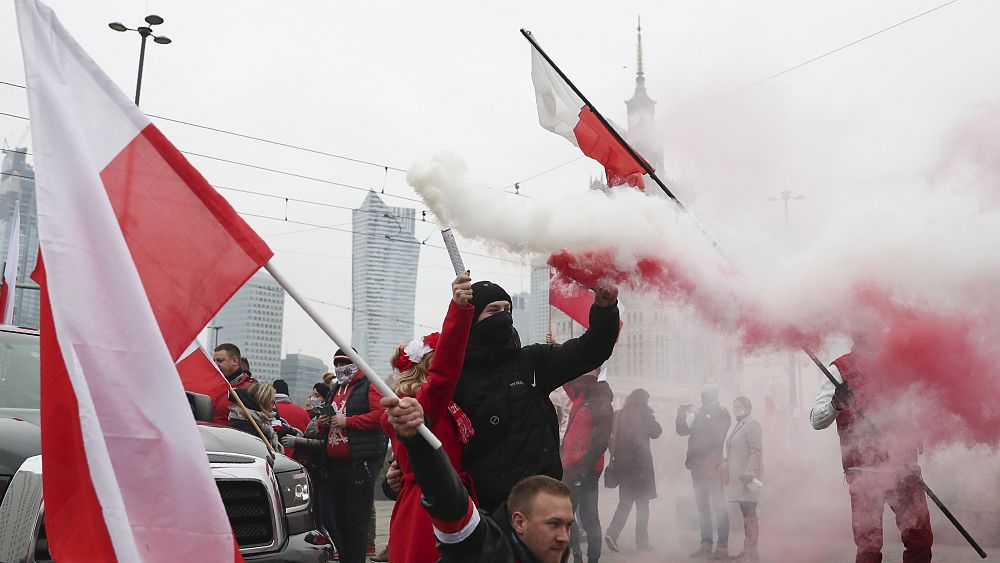 A Polish court has upheld the ban on a far-right rally organized by nationalists on Poland’s Independence Day.

The Warsaw District Court ruled in favor of the city’s mayor, who requested a ban on walking following last year’s violence.

Organizers of the rally vowed to appeal the decision and insisted the march would go ahead as planned on November 11.

The march has attracted a large number of participants in recent years, underlining the growing support for the far right in Poland.

Nationalists from other countries are also traveling to Warsaw to participate, while the organizers received funds and other support from the right-wing Polish government.

But the liberal mayor of Warsaw, Rafal Trzaskowski, declared that the Polish capital was “not a place to propagate slogans which have all the characteristics of fascist slogans”.

The city was razed to the ground by German Nazi forces during World War II.

The national holiday of November 11 marks the reconquest of Poland’s independence after World War I, but in recent years has attracted nationalist groups, violence and anti-Semitism.

During last year’s march – which took place despite a pandemic ban on public gatherings – police used tear gas and rubber bullets in clashes with far-right supporters.

The Polish government has generally shown its acceptance of far-right groups since coming to power in 2015, offering funds to two groups led by the Independence March Association.