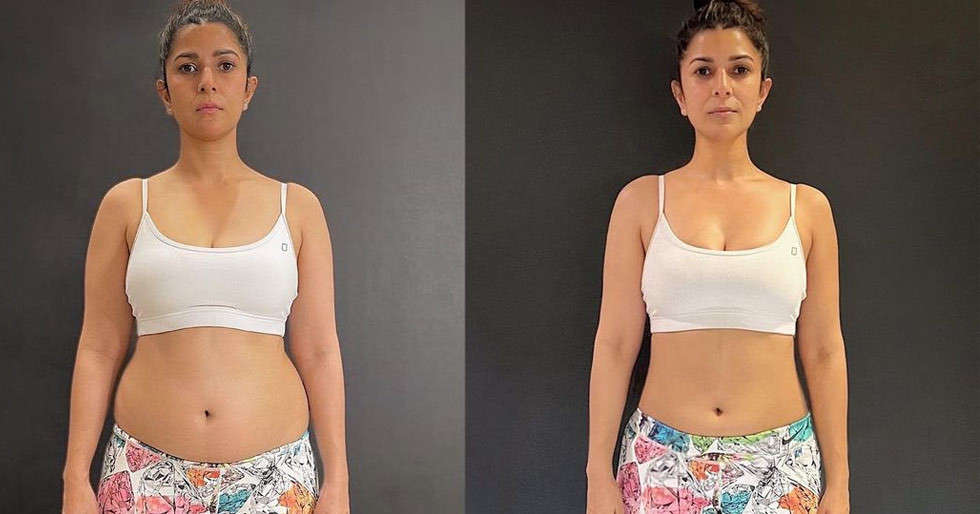 Nimrat Kapoor took the internet by storm earlier when she posted a before and after photo of herself. In both images, the actress can be seen before and after losing the weight she gained for the film Dasvi. The actress sums up her ten-month journey, where she gained almost fifteen pounds. The note sends a very positive message for body positivity and self-image.

In the note, she talked about her experience gaining weight for the movie Dasvi and how it brought learnings that would last a lifetime. She recalls that at first she was petrified to embrace her new self, but thanks to the good conversations with herself and those close to her, she was perfectly prepared for her new role, Bimla.

In the note, she wrote: “Very often, watching me eat high calorie meals being already a few sizes larger, some people around me felt they had a right to comment on what they thought I was doing. evil. It would be a sarcastic remark, an inappropriate joke, or just unsolicited advice on what to eat instead of a dessert that I really liked.

Nimrat Kaur then mentioned that she spread this message so that we can all have a broader dialogue about mindfulness, sensitivity and empathy. She concluded by saying, “Make your mind and body your business. Nobody else.