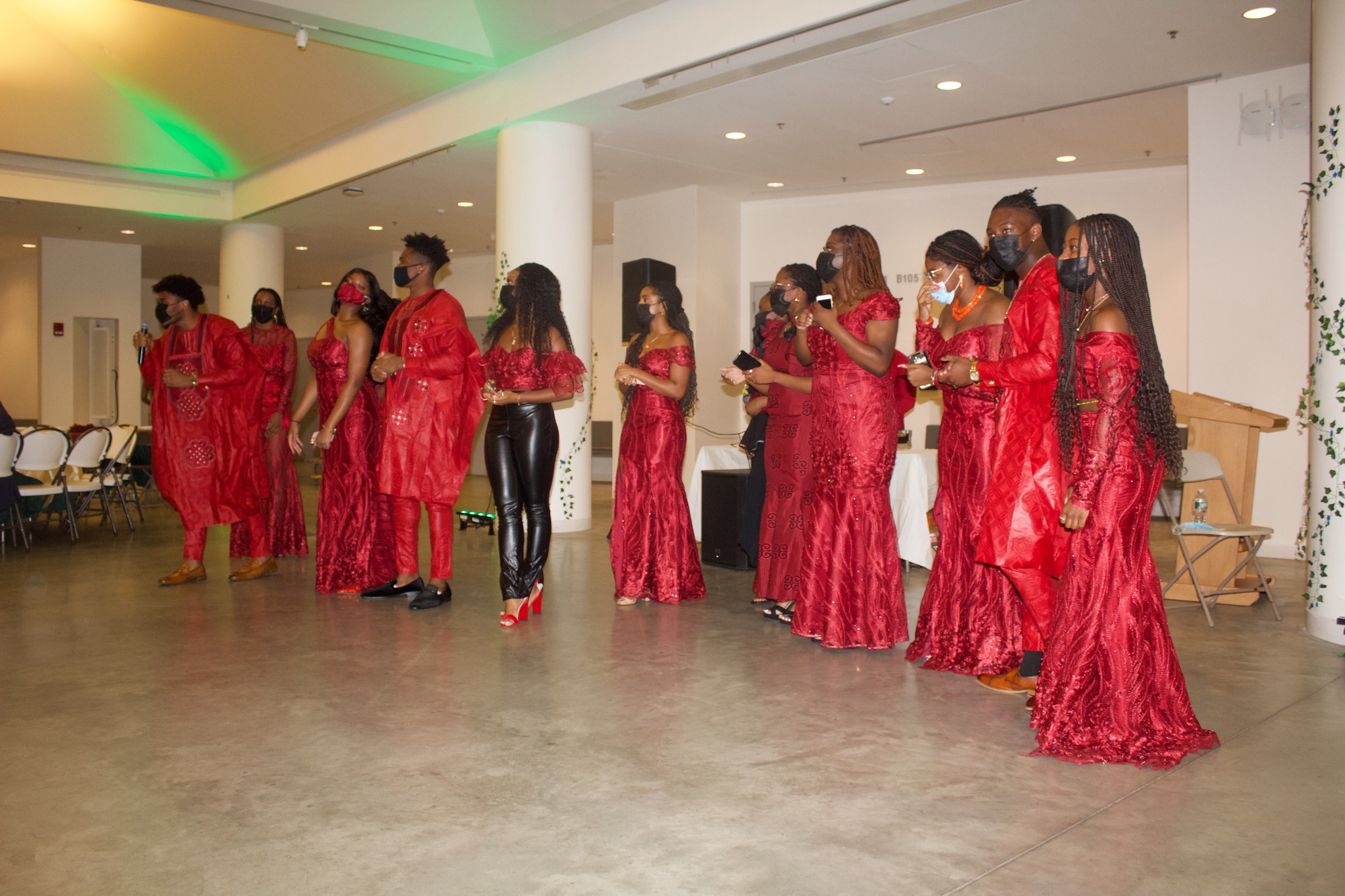 About 400 students from Harvard and other universities like Boston College and Yale attended the festivities, which included dance performances, spoken poetry, a fashion show and an after-party at the Student Organization Center in Hilles. This year, the gala was centered around the theme “Soro Soke”, which translates to “expressing yourself” in Yoruba.

To meet Covid-19 guidelines, the NSA demanded vaccination and that participants provide proof of a negative test, as well as the wearing of masks for the afterparty, according to organizers.

NSA Vice Chairman Nnaemeka “Nana” Anyanwu ’23 said he was grateful the group was able to host the event in person this year after the virtual Independence Day gala held the year last.

“Although it was still relatively successful, especially in the online format, it obviously wasn’t the same,” Anyanwu said. “Being able to celebrate our culture in the same building and in the same place together is really one of the most powerful things about it.”

Chinaza K. Asiagbu ’22 said the fashion show is a long-standing tradition at the gala and aims to showcase another aspect of African art through clothing.

“A lot of people in the audience were asking me about the fashions and where I got my dress or where other people got their tops and pants,” Asiagbu said. “So it’s really exposing people, even those who don’t know anything about African culture, to what Africa has to offer in the fashion world.”

Typically, the NSA works with a local African artist who helps design and coordinate the pieces for the show, she added.

Asiagbu said participating in the fashion show made her feel proud of both her Nigerian heritage, but also the diversity of her culture.

“I think it’s so empowering to have people of different genders walking around and taking great pride in their culture,” Aseigbu said. “Plus, the energy of the crowd is always amazing.

The gala was also a charity fundraising event. This year, the NSA chose to raise funds for Lagos Food Bank, a nonprofit that fights hunger and malnutrition in Lagos, Nigeria.

The NSA has raised more than $ 5,000 for the organization, per Anyanwu.

Gala attendee Maya E. Counter ’24 wrote in an email that she thought the gala was “lively and fun”.

“We were happy that everyone had a great time,” said Oladipo. “We look forward to engaging more with communities at Harvard and outside Harvard in the future. “

– Editor Audrey M. Apollon can be contacted at audrey.apollon@thecrimson.com.