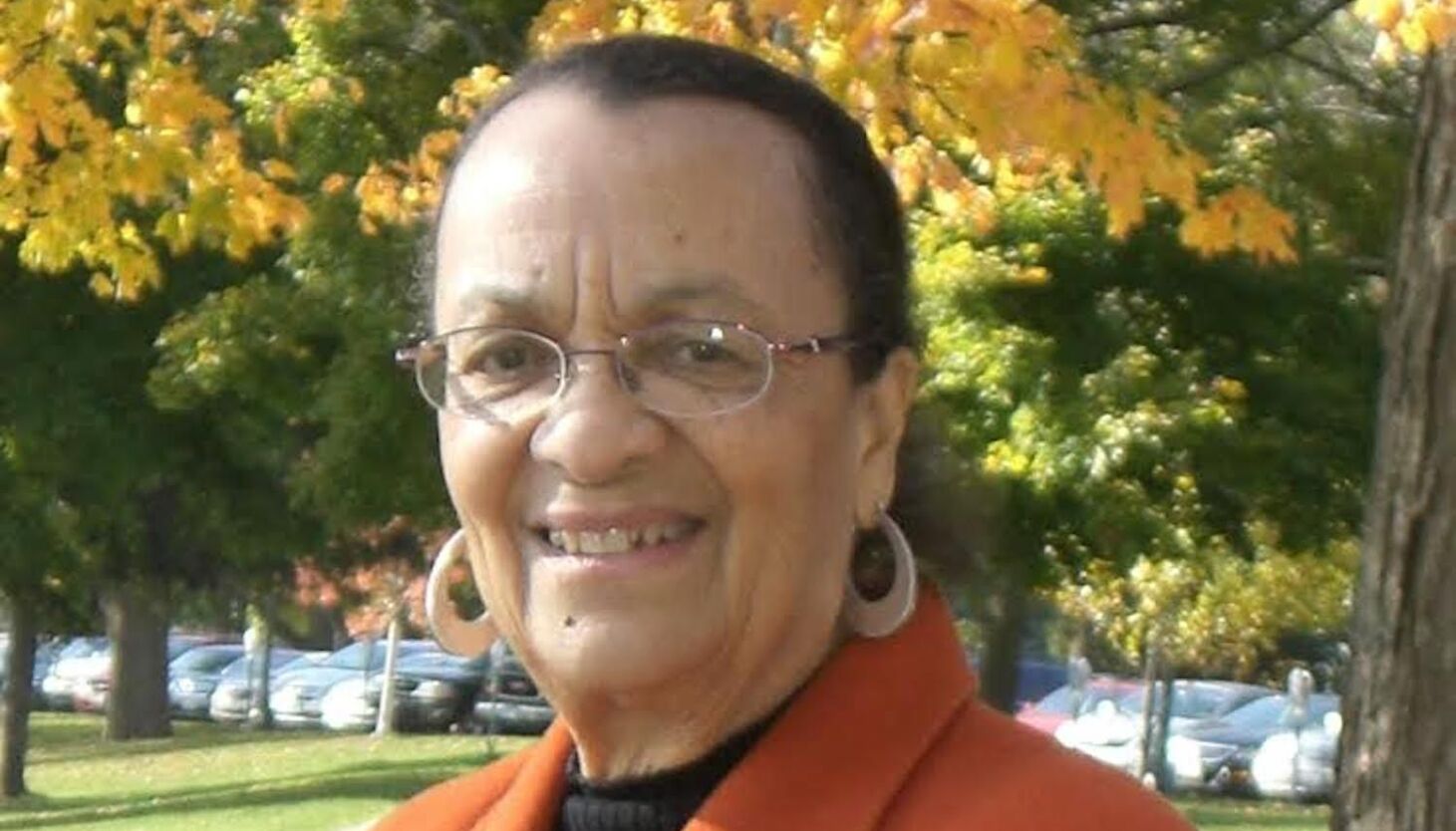 In the 1970s, Steven Bowman was a student at St. Ignatius High School and wanted to pursue a career in medicine.

This is where Maxine Duster came in. She encouraged him to apply to a program that matched black students with black doctors. The experience gave him an adrenaline-filled night as he shadowed a doctor at the old Cook County Hospital.

After graduating from Washington University Medical School, “I moved back to the county. I worked there for 30 years in emergency medicine,” said Bowman, who is now medical director for the Illinois Department of Corrections.

He said that, thanks to Ms. Duster, “I had all these other great things that happened.”

Ms Duster, 83, an educator and civic activist from Chicago, died Oct. 26 at a memorial care center in Rockford, according to her daughter Michelle Duster.

Dr. Darryl L. Fortson said she also connected him with black doctors at what is now Stroger Hospital when he was a 15-year-old student, St. Ignatius.

“It was a fantastic experience,” he said. “We wore white coats and just followed the doctors like a school of fish.”

“She saved a lot of lives,” Fortson said. “Not just people in medical fields who are forever indebted to him, but everyone we care for.”

Fortson said the program was part of the women’s group Chicago Focus, an anti-racism organization that Ms Duster helped lead. In the late 1960s, he pressured department stores to hire black salespeople and exhibit black mannequins.

She also pushed for black hiring at Illinois Bell and Peoples Gas and served on the boards of the Chicago Child Care Society and the Harold Washington Foundation as well as advisory committees promoting achievement and leadership. black exhibitions at the Art Institute of Chicago and the Museum of Science and Industry.

Ms. Duster was born in Pelham, Texas, a small enclave founded by former slaves. At one time, her black farmers owned 6,000 acres of land on which they raised cotton and cattle, according to Connie Hicks, Ms Duster’s cousin and curator at the Pelham Community History Museum. The town’s population – now about 35 people – peaked at 400 in the 1930s and 1940s, she said.

Ms Duster was related by blood or marriage to all of her playmates, elders and teachers, Michelle Duster said. The children felt safe running from house to house to play and drink lemonade.

Young Maxine enjoyed listening to the radio show “The Lone Ranger” and her great-grandfather’s ghost stories, according to an interview she did with online site HistoryMakers.

“Town was all about family,” Hicks said. “During segregation, we depended on each other. Pelham had its own post office and our own school and cotton gin, and we had a bank and a store. I think everyone who grew up here instilled that in themselves – that they were somebody.

Mrs. Duster looked fondly at her childhood. She helped organize reunions that brought people back to Pelham, connecting former residents and their descendants from across the country.

She and her five siblings attended college. She went to Texas Southern University.

And she met Donald Duster, a business executive and grandson of anti-lynching activist Ida B. Wells, journalist and founder of the NAACP. They were married from 1962 until his death in 2013 and raised their family in Calumet Heights.

In the 1960s, Ms Duster began teaching at Morgan Park Academy and then at Caldwell Primary School. In the 1980s, she was community relations manager for the Michael Reese Hospital and served on a school desegregation oversight board. She then worked for the Chicago Urban League, where she developed a program to help students become math and science teachers, her daughter said.

In the 1990s, she was principal of the Corporate/Community School of America in North Lawndale. She also led two programs promoting children’s literacy: a Chicago Public Schools initiative called Working in the Schools and Reach Out and Read, where she raised money for books for children. at Cook County Hospital.

“Doctors on the ‘pediatric’ ward were ‘prescribing’ books” for their young patients, Michelle Duster said. “For many of these children, it was their first book.

“She had three kids, and she went to school and got two master’s degrees, and she was involved in all these organizations, and she had a full-time job, and she was a wife,” her daughter said. daughter. “She showed us by example how to be civic-minded and give back.”

If Ms Duster saw any injustice or incompetence, she encouraged people to “write a letter to the company or the alderman”, her son Dan Duster said. “She really wanted to stand up for her own rights.”

She welcomed her children’s friends into her home, even if sometimes young visitors resented her linguistic advice.

“My mom was an eighth-grade English teacher,” her son said, “and she was correcting the whole neighborhood on their grammar.”

“We used to talk about books for hours and hours on the phone,” her sister Norma Bean said. “In every city we usually visited, we had to find the nearest bookstore.”

Ms Duster never left the house without her hair and makeup “done”, her daughter said. She loved browsing thrift stores for bargains on classic leather handbags and well-tailored clothes.

She preferred a good hot dog or hamburger to fancy restaurants.

And if she was absent on a day when the Dallas Cowboys were going to play, she would say, “We have to be back at kickoff.

For 40 years, Ms. Duster played bridge with the same group of women. She liked to play tennis. And, even though dementia set in, she continued to tap her feet to her favorite Motown songs, her son said.

In addition to her children Michelle and Dan and her sister Norma, Ms. Duster is survived by her son David and another sister, Alma Wyatt.

She donated her body to medical research.

Her daughter said a celebration of her life was planned for next year, possibly in August, her birthday month.