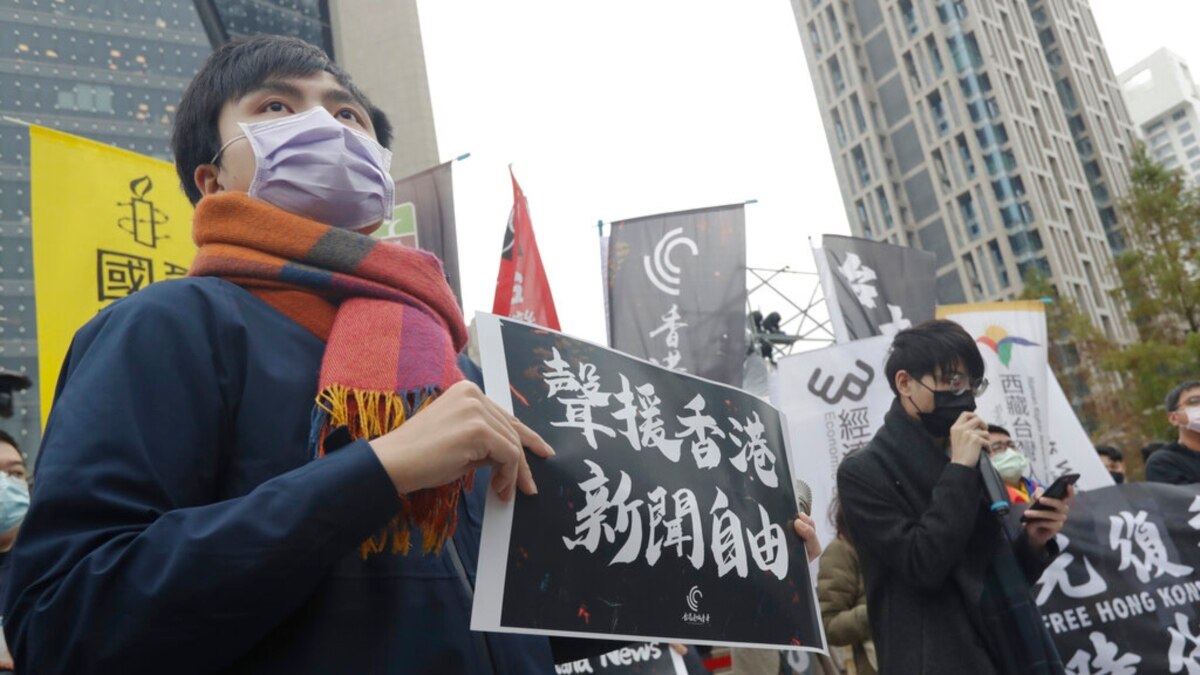 Criticism of Hong Kong’s judicial independence has no “value” according to the chief justice of the special administrative region, but legal experts say many questions remain.

Since Beijing imposed a national security law on the region 18 months ago, Hong Kong has undergone major changes in its political system and media environment.

Now, attention has turned to whether Hong Kong’s justice system can stand on its own as Beijing tightens its grip.

In December, Britain published a six-month report on Hong Kong which described the erosion of the city’s freedoms after the implementation of the security law. The report included the charge that “Hong Kong’s judicial independence is increasingly finely balanced”. The Hong Kong government rejected the finding.

Concerns remain, however, over whether Hong Kong will maintain its British-style court system or eventually replace it with China’s opaque system.

Speaking at the opening of the judicial year on Monday, Hong Kong Chief Justice Andrew Cheung said the territory’s judicial independence was a “fact”. RTHK reported.

“Criticisms of court decisions, which are made without first ascertaining the facts of a case or reading and understanding the reasons for the court’s decision, are as meaningless as they are hollow, as is any doubt unfounded in the independence of the court. Judicial independence in Hong Kong exists as a fact. And we are here today to testify to this fact.

But a lawyer formerly from Hong Kong, who chose to remain anonymous, told VOA that Cheung had ignored criticism of the justice system.

“The Chief Justice’s comments at the start of the judicial year are quite disappointing. (The) dismissal of critics of Hong Kong’s rule of law as being motivated by “assumptions, political positions or geopolitical considerations” also smacks of CCP (Chinese Communist Party) propaganda. I would expect a judge in Hong Kong to stick to analytical reasoning and assess these critics on their merits, rather than attacking the critics for ulterior motives,” the lawyer said.

The National Security Law prohibits acts deemed to be secession, subversion, foreign collusion and terrorism, with penalties of up to life in prison. Critics of the security law – including the pro-democracy opposition and Western governments – said the legislation threatened Hong Kong’s unique autonomy promised when Britain returned the territory to China in 1997.

Of at least 150 people arrested under the security law, five were found guilty and three received prison sentences.

“What about the existence of the appointment system in the first place? Why should there be national security judges? How does this serve the rule of law or ensure a fair trial ?” asked the lawyer who was once in Hong Kong.

Eric Yan-ho Lai, a legal analyst and researcher at Georgetown University, also questioned how judges are selected to preside over national security cases and whether there are checks on the power of the chief justice. executive to choose them.

Cheung said on Monday that the impartiality of the courts was not affected because all appointed judges are bound by judicial oath to dispense justice without fear or favor, self-interest or deceit.

But Yan-ho Lai told VOA: “Andrew Cheung could not explain why the chief executive choosing the national security law judges would not affect impartiality, especially when Cheung himself made visiting the GM for a meeting just before the Court of Final Appeals hearing on Jimmy Lai’s bail appeal.

Media mogul Jimmy Lai is in jail facing a host of criminal charges and faces life in prison. According to reports, Lam met Cheung ahead of a bail hearing for Lai in February. lam denied discussing legal matters with Cheungreiterating its commitment to judicial independence, the South China Morning Post reported.

Since the security law took effect, Hong Kong authorities have arrested pro-democracy activists, journalists and former lawmakers, with the crackdown paving the way for a political overhaul in the city.

Last month, Hong Kong’s mini-parliament, the Legislative Council, saw its first-ever “patriots-only” elections in which all but one of the seats were won by pro-Beijing candidates.

Beijing restructured the legislature last year by reducing the number of directly elected seats voted for by the public. A vetting committee made up of Beijing loyalists has also been set up to determine whether political candidates are loyal to China. No member of the pro-democracy opposition stood for election.

Among those arrested under the security law are dozens of pro-democracy politicians who remain in pretrial detention after being charged under the law in February.

“Although Andrew Cheung shared his beliefs, he could not explain why a fair trial can be maintained when dozens of defendants under the national security law are remanded in custody for nearly a year. year. When Cheung’s words and deeds are inconsistent, the public may be less convinced that the integrity of the Hong Kong court can be upheld in the post-National Security Law era,” added Yan-ho Lai. .

Moreover, the Hong Kong media has taken a downward turn since a pro-democracy newspaper Apple Daily closed in June when several of its executives were charged under the security law and authorities froze the company’s financial assets.

And a pro-democracy media Stand news closed on December 29 as part of a sedition investigation. Independent News Sites New citizens and Mad Dog Daily also decided to fold, citing uncertainty in the region.