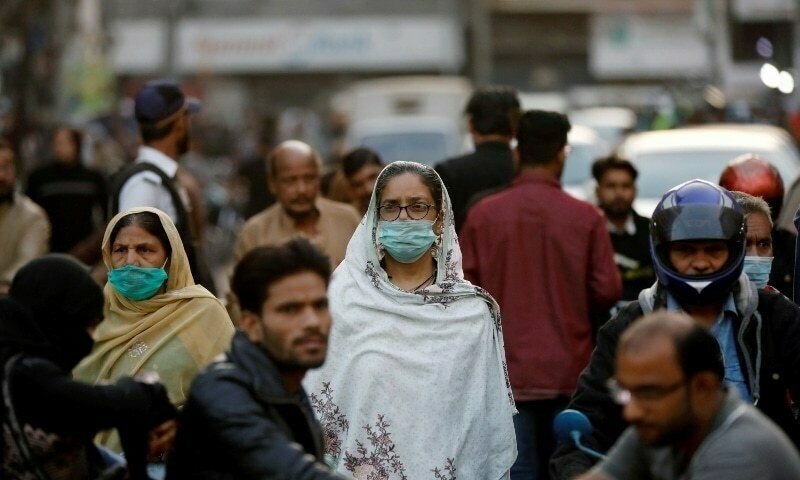 Pakistan reported more than 400 coronavirus cases on Sunday for a second consecutive day, with Karachi’s positivity rate at 21.71%, the highest in the country.

Data released by the National Institute of Health (NIH) showed that 406 cases of Covid-19 have been reported across the country in the past 24 hours. A day earlier, 435 cases had been reported – the highest number since March 22.

According to the NIH, 14,437 tests have been performed in the past 24 hours. The positivity rate was recorded at 2.81% while two other deaths were also reported. In addition, 94 patients were in intensive care, compared to 87 the day before.

Meanwhile, a breakdown by city of the positivity rate showed Karachi was the highest at 21.71%, followed by Mardan at 8.77% and Hyderabad at 8.51%. Further, Islamabad was recorded at 3.45% while that of Peshawar was at 3%.

“The country will face similar situations for a few years,” Dr Akram said, suggesting that restrictions should be imposed again as they would not only reduce cases but also help overcome the current energy crisis. .

Dr Javed Akram, who is a member of the scientific task force on Covid-19, said the level of immunity in people was declining and the effectiveness of vaccines, which was once 95%, had fallen to around 80 -85% while the virus mutated continuously.

“Unfortunately when cases drop people assume the virus has been eradicated and stop following standard operating procedures (SOPs),” he said, adding that he had personally met more than a thousand people attending wedding ceremonies and no one wearing a mask.

“Even if someone was wearing a mask, it would just be hung around the person’s neck,” he said. The UHS Vice Chancellor said his understanding was that there were three to five variants prevalent in Pakistan.

Vaccines are losing their effectiveness, but even then they were the only shield against Covid-19, Dr Akram said, adding that people should get vaccinated and those who were already immune should get booster shots. He said the supply of Moderna vaccines was insufficient but his shipment arrived two days ago.

“People should take precautionary measures and adhere strictly to SOPs,” he said, adding that Pakistan was in the throes of a severe energy crisis, so if restrictions were imposed, the country would not only be able to to control the pandemic, but also to overcome the energy crisis. .

Several markets and shops would be closed and the cost of transport would be minimized, he said. Responding to a question, Dr Akram said that according to his university’s study, vitamin D helped fight Covid-19 and also increased resistance against it.