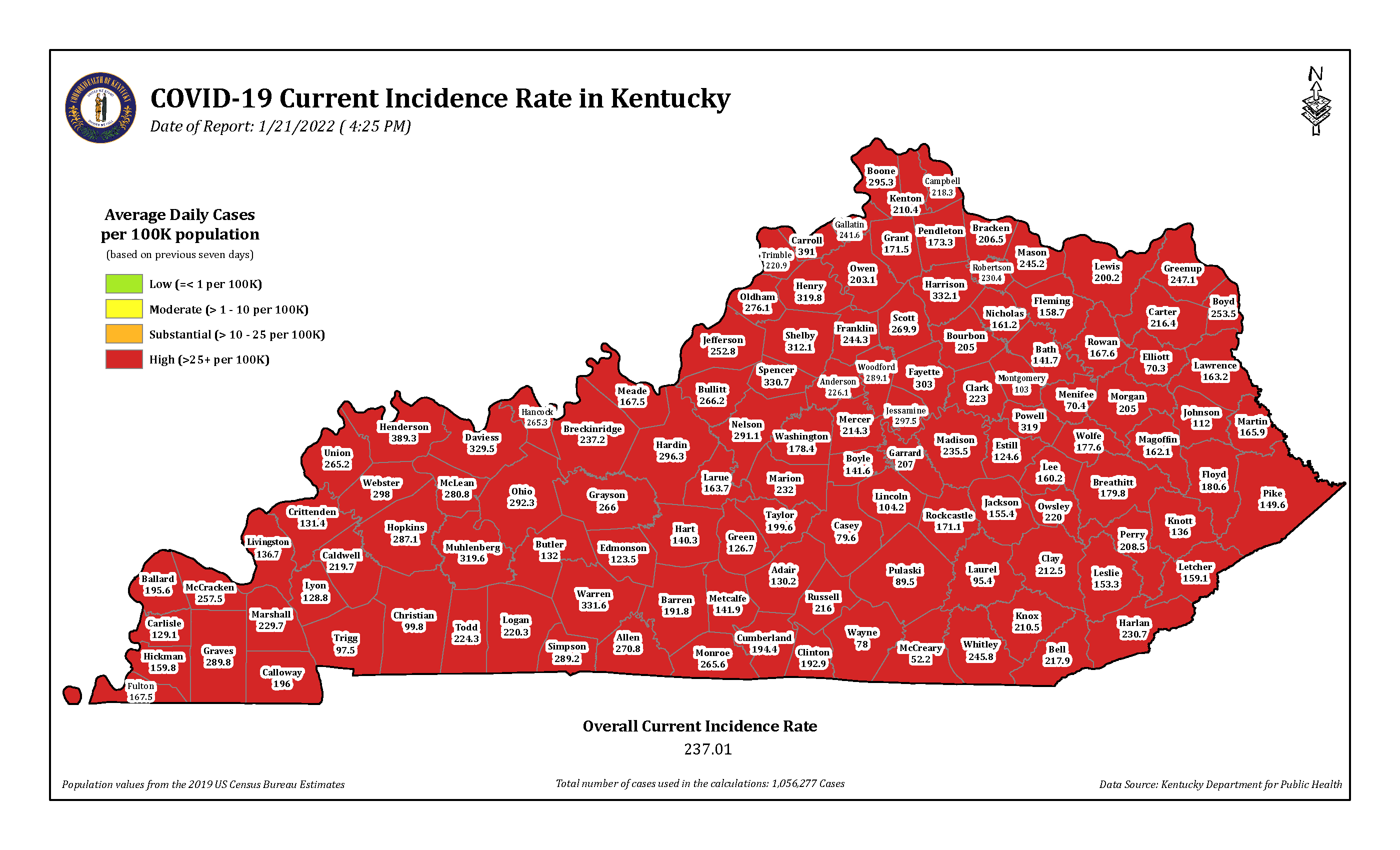 Friday was no different.

In the daily status update (Click here), Governor Andy Beshear (click for video) announced the highest COVID report since the start of the pandemic, with 16,130 new cases reported and a record positivity rate of 32.10%. The number of cases was up from 13,614 on Thursday and surpassed the previous two records of more than 14,000 cases.

The positivity rate was up 31.37% on Thursday and fell from just over 30% at the start of the week.

The governor also reported the highest average weekly positivity rate in the state, 29.33%, for the week ending Jan. 16. This is almost 4 percentage points higher than the second highest week (January 3-9: 25.84%); and 9 percentage points higher than the third highest week (December 27 to January 2: 20.38%). The highest weekly positivity rate during the delta variant surge was 13.88% the week ending September 12, 2021.

All under one banner: Glasgow independence rally to be held on Saturday