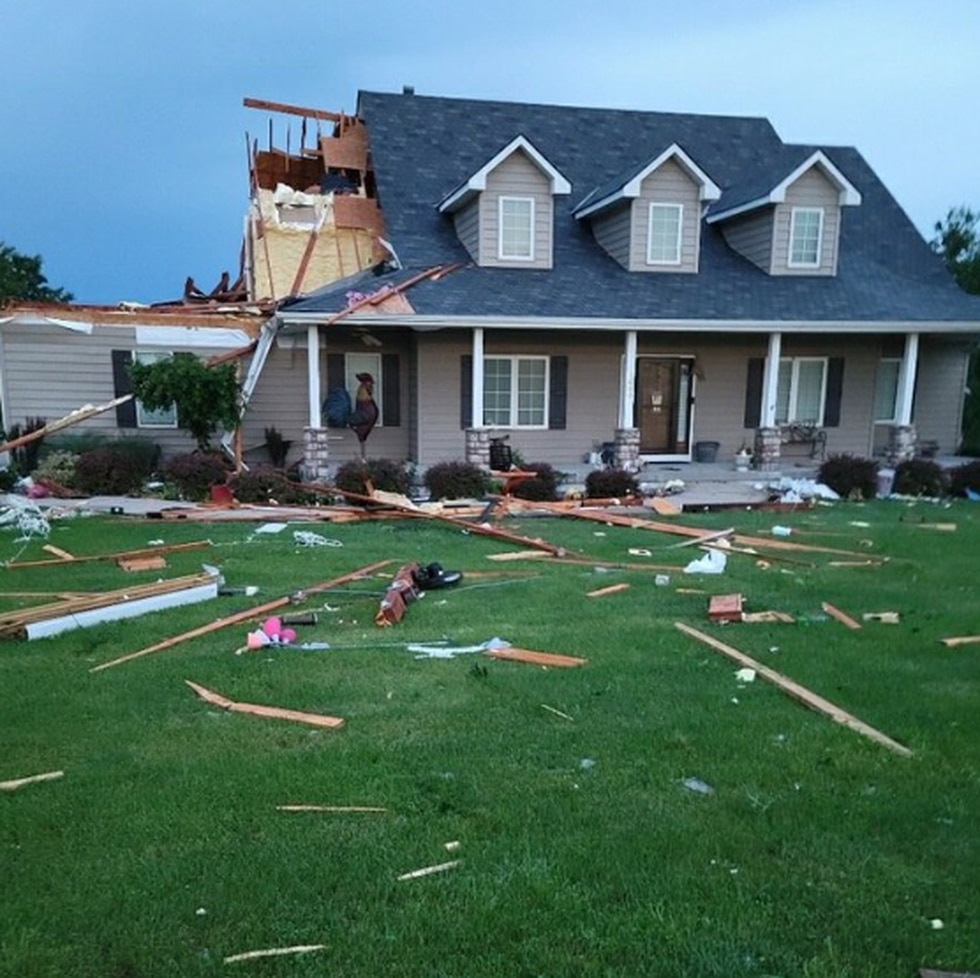 INDEPENDENCE, Mo. (KCTV) — People across Independence were busy picking up the pieces after a severe thunderstorm early Wednesday morning.

The area near Elsea Smith Road has taken the brunt of Mother Nature’s wrath. In one house, part of the roof was torn off and shattered into pieces. Down the road, a tarp covered several holes in the roof.

“I don’t think I have a tree except my oaks which are undamaged,” said Susan Williams.

All over the Williams property, trees were left shattered, many torn limb by limb.

“He ripped the tops off the trees and twisted them,” said Alan Williams.

“We thought for sure we had a small tornado,” Susan said.

Alan told KCTV5 he woke up to the sound of sirens.

“I jumped to my feet, looked out the window and said ‘yes, we’re in trouble,'” Alan said.

He quickly ushered his family into the bathroom.

“We were still hearing debris hitting the house and heavy rain falling in sheets,” Susan said.

In the shower, 3 humans and 3 dogs sheltered from the storm.

“We were watching radar on our phones, actually KCTV 5,” Alan laughed. “Yeah, it gave us a moment to get to where we needed to be. Yes, we were happy to see you.

As they looked at the radar, Susan said what they saw was downright scary.

“Oh very scary! My daughter was very scared, she’s never experienced anything like this,” Susan said.

“I knew it was rain and crosswinds, but it was really heavy.”

And the next day, just as heavy was the damage.

“The barn isn’t worth much, but she blew a hole in it,” Alan said.

It’s not exactly how Susan and Alan wanted to spend their 49th wedding anniversary, but what’s most important is that their house is still standing and so are they.

“Mother Nature will do what she does. And she had a great time last night,” Susan said.

Although damage to property and trees throughout independence was extensive, no injuries were reported.

This cooling weighted blanket is for sale on Amazon