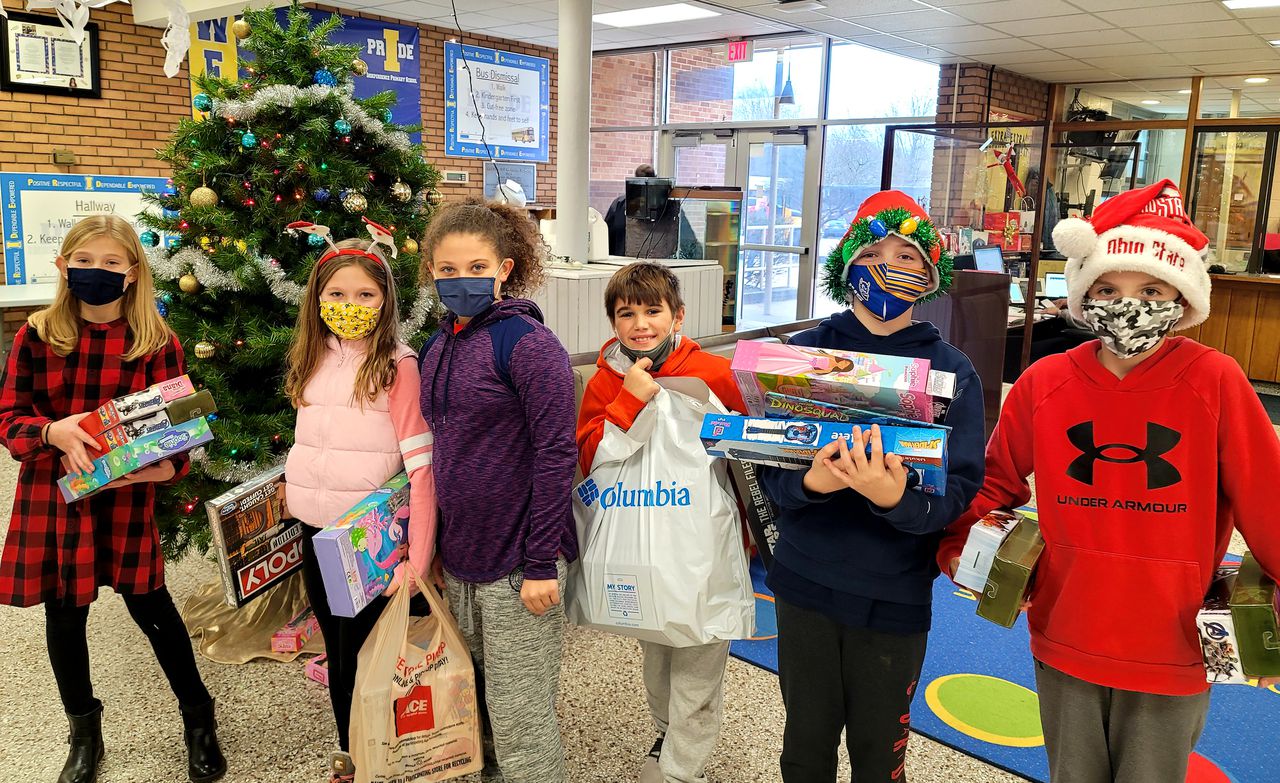 INDEPENDENCE, Ohio – Sometimes Santa comes by bus. Call it a metaphor, but for many children in Garfield Heights, the gifts they will receive this year really arrived on a bright yellow school bus emblazoned with the words “Independence Local Schools.”

Amanda Jaronowski, District Guidance Counselor and Parent, came up with the idea as a way to “act locally” while impacting the systemic poverty that affects many parts of the world, including parts of Greater Cleveland. .

â€œGarfield Heights is literally 12 minutes down the road from Independence, but it’s another world,â€ said Jaronowski, whose husband graduated from Garfield Heights High School.

Katie Hill, who replaces Jaronowski as PTO chair, did much of the legwork, working with Gina Wilson, family and civic engagement coordinator with schools in the town of Garfield Heights. Additionally, Primary School Principal TJ Ebert, Services Department Director Francine Kane, and Superintendent Ben Hegedish all played a role in the effort. Nonetheless, the students and families of Independence Elementary School made the most significant contribution.

The hope was that each of the 446 students would bring a single new, unwrapped toy, but the final tally included more than 500 gifts for the children of Garfield Heights.

â€œNot only did each student bring a toy, some of them brought bags of toys,â€ Jaronowski revealed.

Plus, the toys weren’t just “dollar store” items, but gifts that any child would want.

â€œIt was amazing. No one could believe in generosity,â€ Jaronowski commented. â€œI was so excited when I saw how proud all of our students were when they walked over to the bus and dropped off their toy. . “

Jaronowski wasn’t the only one overwhelmed by the awe-inspiring act of giving. When the bus arrived at the designated spot, the generous Blue Devils found only one table, which was insufficient to say the least. In the end, eight tables, overflowing with toys, were needed.

The joy that the children who receive the gifts will feel probably cannot match that of the students of Independence.

â€œEveryone on the bus was happy and smiling, even though they didn’t receive anything,â€ Jaronowski said. “It is so much more satisfying and joyful to know that you have made someone else happy and to be the joy of their life.”

It is a lesson students will almost certainly remember throughout their lives.