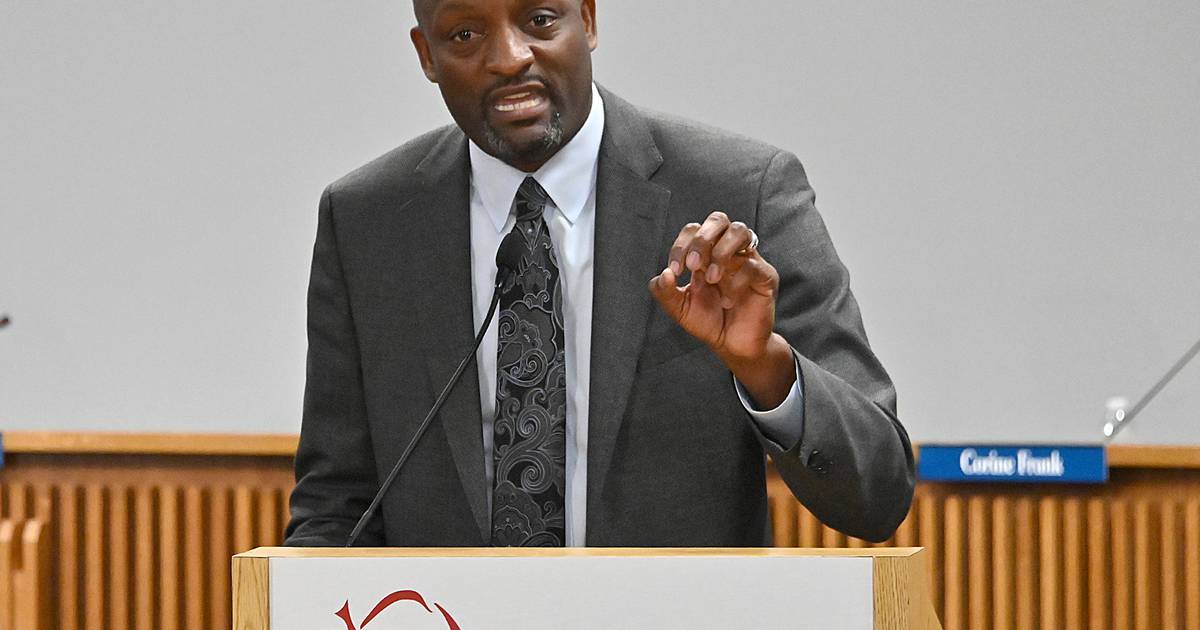 A man whom former colleagues and associates hailed as a relationship builder, leader and administrator who sought creative solutions will officially take over as superintendent of public schools in Anne Arundel County on Monday.

Mark Bedell was announced as the next superintendent of AACPS in June. Bedell, whose career spans more than 15 years with stints in the Houston and Baltimore County school systems, is an administrator known for restoring the Kansas City, Missouri district’s state accreditation for the first time in a decade.

In January, Bedell convinced the Missouri State Board of Trustees to reinstate the district’s accreditation, despite COVID’s disruption of tests used to assess academic progress in schools, using factors such as a increased graduation rate. Kansas City had a history of rapid turnover for the position of superintendent, and Bedell’s six years of service provided much-needed stability to the district, Missouri State Board of Education Chairman Charles W. Shields said.

Bedell has also engaged the Kansas City business community, leading to internships and summer work programs for Kansas City students. Bedell builds relationships and delegates well, which Shields said he thinks will continue at AACPS, a district of more than 83,000 students.

“The most important thing was to get the business community to believe that the district could be successful,” he said. “It was a huge step forward.”

Bedell is no stranger to Anne Arundel County.

Before becoming superintendent of Kansas City in 2016, he served as an assistant superintendent in Baltimore County Public Schools for four years. At that time, he was living in Anne Arundel County with his family and his daughter’s first school was in the AACPS system, Bedell said at a press conference this summer. He hopes she will eventually graduate from AACPS and said he enjoys staying in the districts for more than a few years. The Board of Education unanimously approved a four-year contract for Bedell on June 17.

During this introductory event, Bedell said he wanted to make AACPS one of the top school districts in the nation. He also thanked his wife, Robin Bedell, who at one point gave up her law practice so Bedell could pursue his dream of becoming a superintendent, he said.

“She keeps me grounded because she knows where I was when she first met me. She understands the poverty. She understands the struggle I had to go through,” Bedell said. “Sometimes it It’s very easy to lose that perspective as you continue to progress, successfully, and I need to make sure that I have that responsibility as I continue to do the work, to operate with a high degree of humility.”

Bedell grew up in Rochester, New York, he said. He holds a Ph.D. in Educational Leadership from Nova Southeastern University. He earned a bachelor’s degree in history from Fisk University, where he also played basketball, and has a master’s degree in educational leadership and administration from Tennessee State University.

“I was born to a 16 year old girl [mother] and I’m the only one out of eight of us past the ninth grade in my family. I’ve been through all the trauma and neglect one can go through,” Bedell said. “And the thing that I often try to share with all of our students is simple: education is the path to economic prosperity.”

He worked for 12 years in the Houston Independent School District as a teacher, vice-principal, principal, and school improvement officer. In September 2012, he left Houston and started as an assistant superintendent in Baltimore County Public Schools.

Departing from Kansas City, a school district of 14,000 students and more than 30 schools, the city’s mayor said Bedell had successfully led the district through turbulent times.

“One of the nation’s leading school administrators, Dr. Mark Bedell has transformed Kansas City’s public schools, reclaiming accreditation for our schools, improving the lives of thousands of children in our city, and providing stability in the position unknown to generations of Kansas Citizens,” Mayor Quinton Lucas said in an email. “His belief in our children and their potential is unmatched and his leadership on COVID and racial reckoning has helped our city through difficult times.”

The school board will contribute $22,000 per year to a pension plan and may contribute an additional $10,000 per year after evaluation, according to Bedell’s contract. He will also receive $850 per month to cover the cost of a vehicle, maintenance and gas.

The first day of school in Anne Arundel County is August 29.