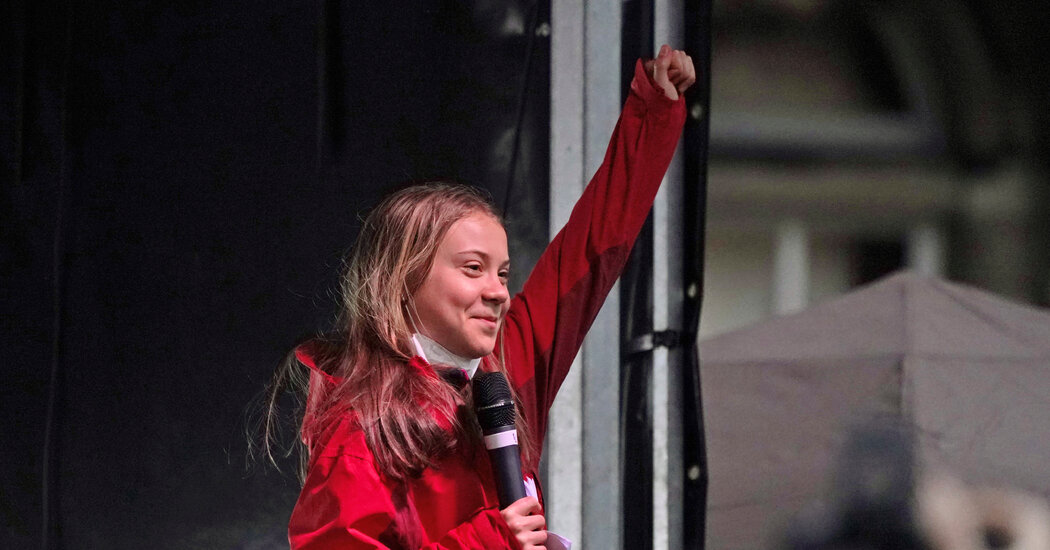 Greta Thunberg, the 18-year-old Swedish climate activist whose school strike inspired young people around the world to take action on climate change, criticized world leaders on Friday for allowing “the exploitation of people and nature” .

“The leaders are doing nothing,” Thunberg said, addressing a crowd of thousands marching in Glasgow on the sidelines of the UN climate summit. “They are actively creating loopholes, shaping frameworks so that they can continue to profit from this destructive system.”

One of the world’s best-known climate activists, Ms Thunberg painted a grim picture of the Glasgow summit, where officials around the world are trying to strike deals to cut emissions and prevent the average global temperature from exceeding 1.5 degree. Celsius from pre-industrial levels by the end of this century.

Speaking on the sidelines of the summit Thursday, Thunberg said COP26 was “sort of turning into a greenwash campaign, a public relations campaign”, for business leaders and politicians to claim that they take action against global warming without following through.

â€œSince we are so far away from what we really needed,â€ Ms Thunberg said at a New York Times event in Glasgow, â€œI think what would be considered a success would be for people to realize how this COP is a failure. “

Managers and business leaders have made important commitments. On Tuesday, more than 100 countries agreed to cut emissions of methane, a potent greenhouse gas, by 30% by 2030, which would help bring businesses and countries to net zero emissions by 2050.

But environmentalists criticized the funding pledge as lacking in detail.