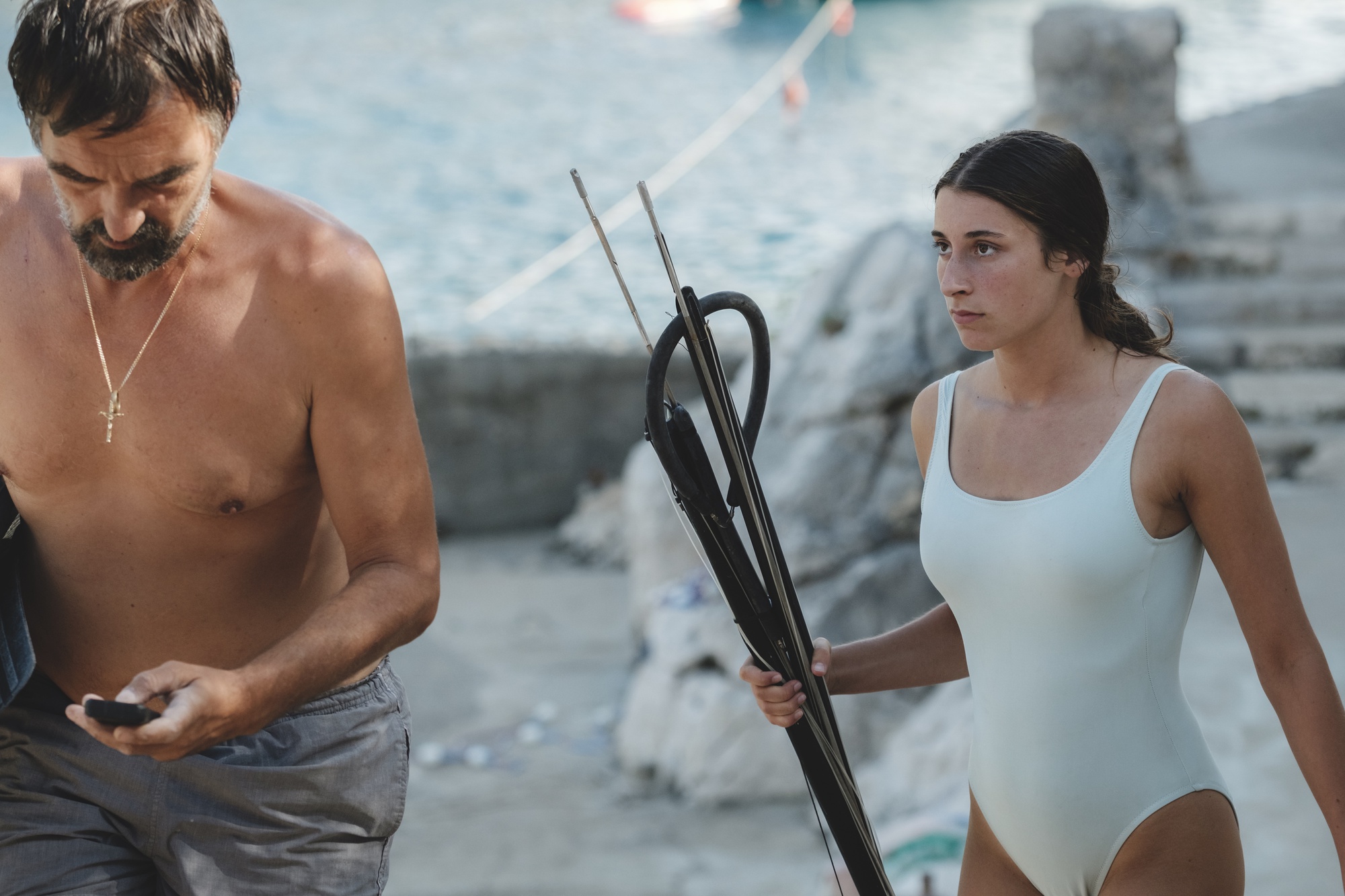 In â€œMurinaâ€, directed by Antoneta Alamat Kusijanovic, the unpredictable waters of the Adriatic Sea reflect both the tranquility and the bustle of adolescence. Kusijanovic’s first feature film, it premiered on July 10 at the 2021 Cannes Film Festival and was largely inspired by Kusijanovic’s 2017 short, “Into the Blue” (which was well received in the festival circuit of international films).

Set on a rocky island in Croatia, â€œMurinaâ€ continues the story of Julija (Gracia Filipovic), a restless teenage girl living with a sometimes abusive father, Ante (Leon Lucev), and an apologist mother, Lena (Danica Curcic). A new horizon seems to emerge for Julija when Javi (Cliff Curtis), the wealthy ex-employer and sometimes friend of her father, comes to visit the family under the pretext of buying land in Ante and developing it into a seaside resort. It is then that Julija decides that she would rather replace her father with Javi, resulting in a tangle of jealousy, hope, punishment and desire.

Following Julija’s strained relationship with her family, “Murina” primarily focuses on her struggle for control and her pent-up desire to escape an environment in which she is forced to overcome the often irrational desires and whims of those. who are older than her. Filipovic’s portrayal of Julija is mature. For example, when Ante throws her out of the boat because she warned him about dangerous rocks, she calmly swims back and joins the group, her expression colder and indifferent than angry, as if the antics of ‘Ante were child’s play that she missed. Maybe that’s why “Murina” looks less like the typical coming-of-age movie than an escape story. While all of the adults in her life – her mom, dad, and Javi – are easily angry, reactive, and often hostile, Julija is reserved and stoic for the vast majority of the film. It wasn’t until the film’s climax that she finally revealed the depth of emotions she had harbored from the start, when she would otherwise suppress any reaction to the very clearly distressing and unfair behavior of those around her. .

To help her unravel and explore Julija’s situation and the relationships that hold her back, Kusijanovic finds a powerful narrative weapon in the ocean. Throughout the film, Kusijanovic reinforces imagery of the ocean as a necessary aspect of Julija’s character. A talented swimmer and diver, Julija spends a large part of the film swimming or in a swimsuit, fresh out of the water. She’ll swim to break away whenever her family overwhelms her, and that’s what ultimately gives her a sense of control over her life.

While the ocean symbolizes an escape for Julija, it is also representative of the obstacles that keep her shipwrecked in her family’s home. In many ways, the ocean’s hold on her is comparable to that of the men in her life, namely her father – creating a complex and intriguing premise that Kusijanovic would work for. Ante capitalizes on her love for diving by having her regularly go spearfishing with him, an activity she says she “hates”, despite her claims to the contrary. Additionally, the ocean is what threatens his life in the film’s final act, and when Ante forces reluctant Julija to read a poem in front of a group of New York adults, it’s a poem comparing the ocean to him. -even. His father, like the ocean, is inescapable.

Kusijanovic also shows her sense of symbolism in other ways, such as her depiction of the murina or the Mediterranean moray eel (which Julija and Ante are looking for), which she uses repeatedly to represent Julija herself. Perhaps most convincing, however, is Kusijanovic’s deep dive into Julija’s overwhelming turmoil. Through slow, persistent shots of a straight-faced Julija around her family, and through various displays of Ante and Lena’s hypocrisy and emotional volatility, Kusijanovic creates a tense atmosphere for her audience, pushing Julija’s will to escape beyond the screen. In the sequel to her critically acclaimed short, the Croatian director shines again.