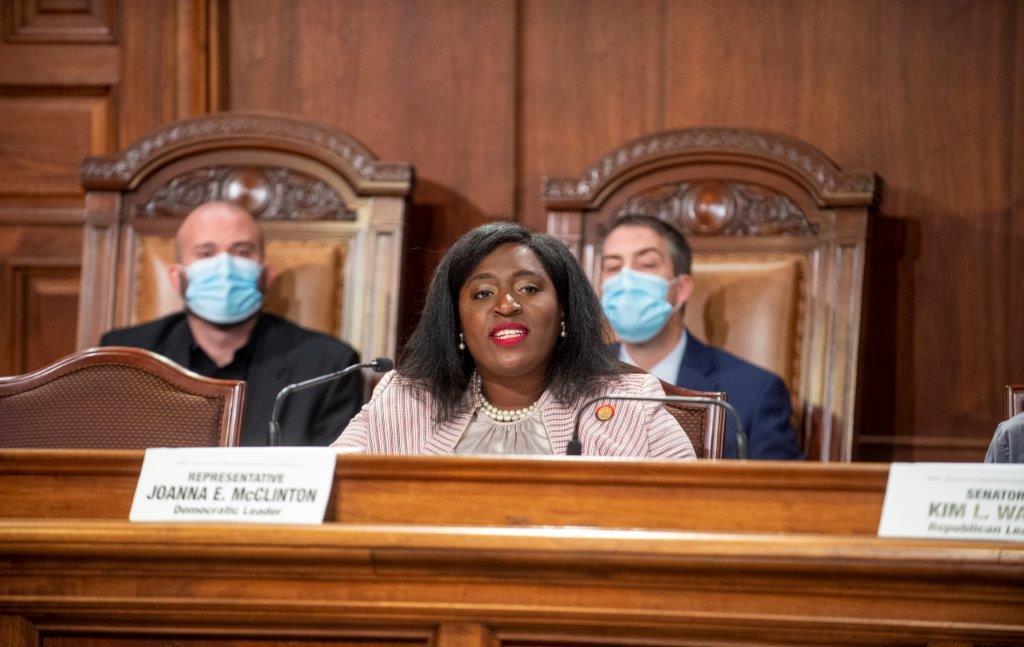 Today is an important day for the Commonwealth and an important day for me personally. When I was first sworn in in the Pennsylvania House of Representatives in 2015, I could not have foreseen that I would have the opportunity to be a member of this Commission and participate in its important work.

I feel obligated to begin these remarks by thanking you, Mr. Chairman, for your leadership, stewardship and guidance. You have led us as individual commissioners and this whole process with an objective and scholarly hand that has produced a fair and just preliminary plan.

Your decision to bring together stakeholders from all corners of the Commonwealth with a diversity of perspectives and a wealth of knowledge provided a solid foundation upon which we, as Commissioners, could count in developing this plan. The transparency and community contribution generated by the multiple public hearings, taking advantage of the participation of commissioners and witnesses, helped us to better understand the impacts and consequences of a prior redistribution on the right of voters to participate. equal to the electoral process.

Our job was demanding. The demographics of the Commonwealth have changed dramatically over the past decade. The Commonwealth’s population has shifted considerably from west to southeast. The number of Pennsylvanians living in urban and suburban communities has increased, while rural counties have declined in population. In addition, there has been a substantial increase in the number of minority residents. The number of Pennsylvanians who identify as black, Hispanic, Asian or multiracial has increased by over 800,000 since the last census, while the white population has declined by over 540,000. The racial makeup of over 10% of the total population of the Commonwealth has changed.

Commissioners and Commission staff have spent a great deal of time studying and understanding the implications of these demographic changes. I was particularly impressed by the testimony of citizens and experts who appeared before the Commission and shared their views on what a fair and representative map should look like. And I have very much appreciated the advice we have received from the experts on the constitutional and other factors that must be balanced to fulfill the mandate of the Commission to “redistribute the Commonwealth” and to ensure that the Commonwealth elections will be “free and equal. “.

Inspired by this work and the citizens behind the statistics, I have the honor to vote today in favor of the preliminary plan presented by the Chair.

First, I believe the map in the House rightly captures the dramatic demographic changes in the population of the Commonwealth since the last redistribution. The plan recognizes and takes into account population decline in the west and population growth in the southeast by creating three new neighborhoods of House in Philadelphia, Lancaster and Montgomery counties. The plan respects communities of interest statewide. It also complies with the Voting Rights Act which requires communities of color to have the same opportunity as other members of the electorate to participate in the political process and elect representatives of their choice. And, not insignificant, following the Commission’s historic vote to reassign incarcerated people to their home communities, the plan eliminates the inequalities of representation that result from the count of people incarcerated where they are incarcerated. rather than at home.

Third, the preliminary plan is the product of an inclusive process, solid debate and expert collaboration. The Chair invited a variety of voices to participate and sought expert advice and guidance, including the Commission’s Chief Counsel, the Honorable Robert L. Byer, and other nationally recognized experts who appeared. and presented testimony at public hearings and assisted the Commission in another way. The combination of these many different voices resulted in a representative and fair map.

For these reasons, I will vote in favor of the preliminary plan.

50 years after independence, history is a risky subject in Bangladesh – benarnews