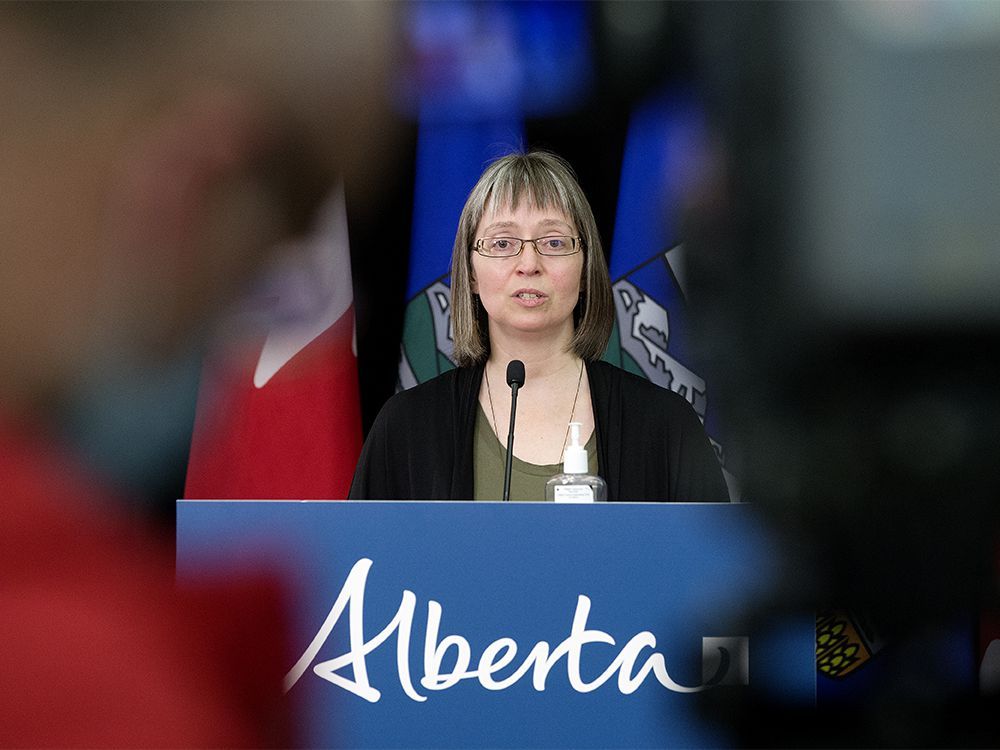 Alberta on Tuesday reported a continued decline in COVID-19 test positivity rates over the past week and an average of nine deaths per day.

“There are more signs over the past week that we’re putting the BA.2 wave behind us,” Copping said during Tuesday’s COVID-19 update.

Copping said sewage data also shows a drop in COVID-19 with levels in most centers “falling or fluctuating” to levels well below the peak of the BA.1 wave. He said sewage levels in Edmonton, Calgary, Lethbridge and Red Deer show a wide range of variations, but continue to decline.

He said it makes sense that larger centers will take longer to decline due to higher population density.

“Overall, the data shows we are breaking through the BA.2 wave and that’s good news,” he said.

While COVID-19 transmission levels are trending down, Copping said the pressure is still high, with major hospitals in Edmonton and Calgary operating at over 90% occupancy and a few at over 100%.

Dr. Deena Hinshaw, Alberta’s chief medical officer of health, said there have been 55 COVID-related deaths in the past week, but she said the high death toll was ‘not unexpected. “.

Hinshaw said the number of new cases and test positivity rates are usually the first indicators to see a decline, followed by hospitalizations. She added that COVID-related deaths are one of the latest indicators to fall.

“As we see positivity and hospitalizations starting to decline steadily, we should expect to see the same in the death toll very soon,” she said.

Hinshaw encouraged Albertans to take care of their mental health as the May long weekend approaches, whether that’s camping or watching a hockey game.

She said COVID-19 would remain in the population, with cases expected to drop in the warmer months before an increase in transmission in the fall.