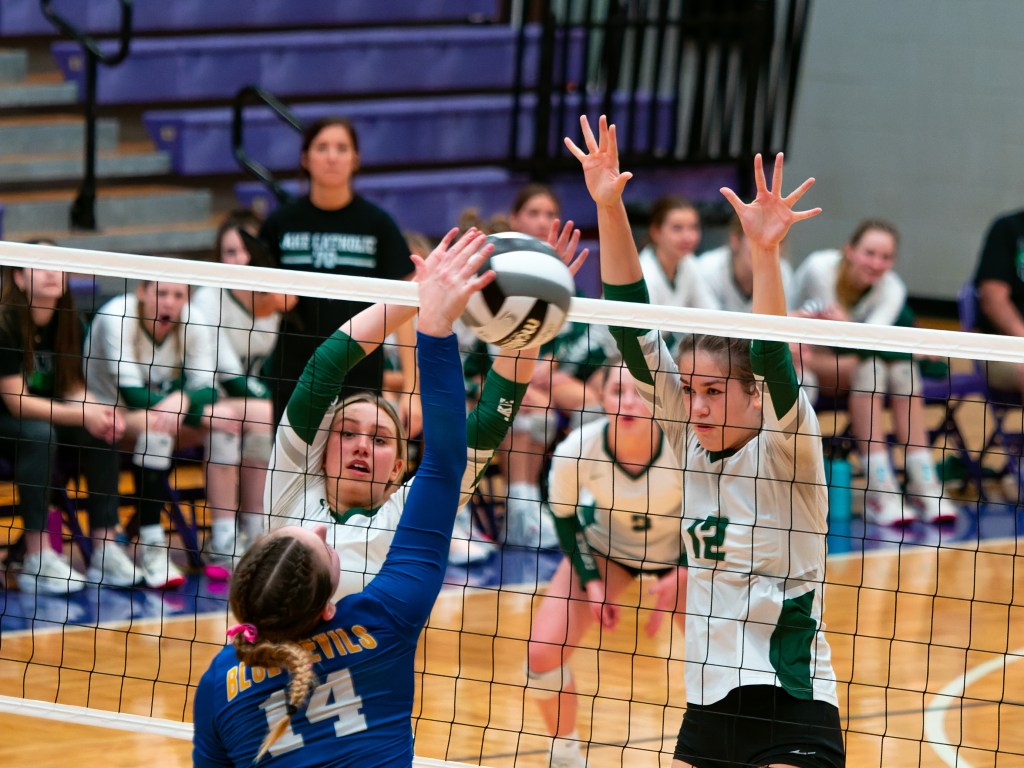 BARBERTON — As the Lake Catholic volleyball team began the striking portion of their pre-game warm-ups for their Division III Regional Championship game against Independence on Nov. 5, the song “We are the Champions” played. arrival on Barberton Lycée’s audio system.

Perhaps it was a sign of things to come.

Once again powered by a quick offense and tight defense, the Cougars hammered the Blue Devils in straight sets, 25-15, 25-13, 25-11, to clinch the regional title while ending the run of five years of Independence as regional champion.

The victory puts Lake Catholic in the state semi-finals on Thursday, November 10 against Versailles. The Tigers defeated Cincinnati Country Day, 25-13, 25-12, 25-11 in the Region 12 Championship Game on November 5.

“We just looked good,” Lake Catholic coach Kara Oster said in the day’s understatement. “There wasn’t much we had to criticize when we went to caucuses. We had a game plan and we executed it perfectly. It’s fun to be here.

The fun happens when your team hasn’t lost a set in almost a month. With Independence shutout 3-0, Lake Catholic has now won seven straight matches by a 3-0 tally, a 21-game streak.

Lake hasn’t dropped a set since losing 3-0 to NDCL on October 11.

“They’re a great team there,” said Independence coach Tony Messina, whose team lost to Lake Catholic, 25-13, 25-21, 25-18, earlier this season. . “Everything we gave them, they brought it back to us. … We try to play fast. But that team over there is one of the fastest teams you’re going to play. We couldn’t play them. follow.”

Lake Catholic established their dominance from the tear, with Katie Sowko posting a winning trio in a six-point run that opened up an 11-7 lead in the first set. Then Claire Duricky came on the scene with three four-point kills for an 18-10 Cougars lead.

Sowko ended the first set with another kill.

“We had a game plan and we executed it,” said libero Emma Briganti. “We had the energy and the momentum the whole time.”

A 7-0 run to start the second set put things out of the question early on, with Hannah Pattie laying down a pair of aces serves and Kyra Walnsch adding a quick kill.

As usual, when Lake Catholic got up, they kept the momentum going.

“We’re really good at finishing games,” Pattie said. “Once we get to 20 points, we really block and go through the next five points to end the game.”

With the energy seemingly drained from the first two sets, Independence went relatively quietly. When the final smash hit the ground, the Cougars celebrated eagerly to play at the Nutter Center next week.

Lake Catholic’s ferocious attack was led by Sowko (13 kills), Natalya Bergant (10 kills), Walnsch 9), and Durisky (7). Sowko and Pattie did a good job with 16 digs each, while Pattie delivered 35 assists.

“When we started, you could tell some girls were nervous,” Oster said. “We have such a big target on our backs (as the highest-ranked Division III team in the state). Once we got started, we never gave up.”

Two more days and the Cougars can hang a state championship banner for the first time since 2010 — when Oster was a member of coach Rich Severino’s championship team.