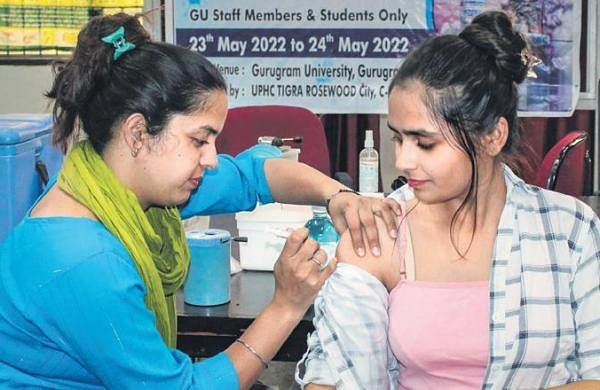 NEW DELHI: The nation’s capital over the past four days has seen a steady decline in the number of new Covid-19 cases. A total of 268 cases were recorded on Monday. Although no deaths were recorded due to the infection, the positivity rate also fell to 2.69%.

The city reported 365 cases on Sunday and 479 and 530 cases respectively on Saturday and Friday last week. According to the Delhi health authorities, 9,976 tests have been carried out in the past twenty-four hours.
The health report says 1,447 people are in home isolation and 104 are still admitted to hospitals.
Active cases in the nation’s capital rose from 1,912 on Sunday to 1,819 on Monday.

Earlier, health experts ruled out a new wave of Covid-19 saying fluctuations in infections will continue to occur in the city. “I also said earlier that the numbers will continue to fluctuate. Some days there will be an increase, while other days the cases will decrease after a while, but the severity of the cases should not occur” , said Dr. Sanjay Rai, a professor in the Department of Community Medicine Center at AIIMS.

The nation’s capital’s cumulative positivity rate stands at 4.96% and the city’s cumulative positive case with Monday’s addition stands at 1,903,822. About 1,875,802 people have recovered from the infection so far in the city. A total of 4,892 people have been vaccinated in the past twenty-four hours in the nation’s capital. There are 9,581 beds for Covid-19 patients in hospitals and 122 of them are occupied, the bulletin said.