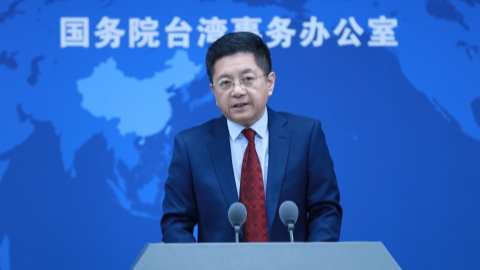 Under the guise of “democracy” and “cooperation and development”, the “Taiwan Foundation for Democracy” and the “International Fund for Cooperation and Development” have carried out separatist activities for “Taiwan independence” for no reason on the international scene. They did everything to ingratiate themselves with external anti-China forces, said Ma Xiaoguang, spokesperson for the office.

They have also attacked and smeared the mainland, and used money and other means as bait to expand Taiwan’s so-called “international space,” attempting to undermine international support for the one-China principle, he said. said Ma.

The mainland has decided to take punitive measures against the aforementioned foundations, prohibiting them from cooperating with organizations, companies or individuals from the mainland.

The mainland will also punish, according to law, organizations, companies or individuals who provide funds or services to foundations, and take other necessary measures, Ma said.

The Mainland will prohibit Mainland organizations, companies or individuals from any transactions or cooperation with Speedtech Energy, Hyweb Technology, Skyla, SkyEyes GPS Technology and other companies that have donated money to the foundations. Affected business leaders will be banned from entering the mainland, Ma said.