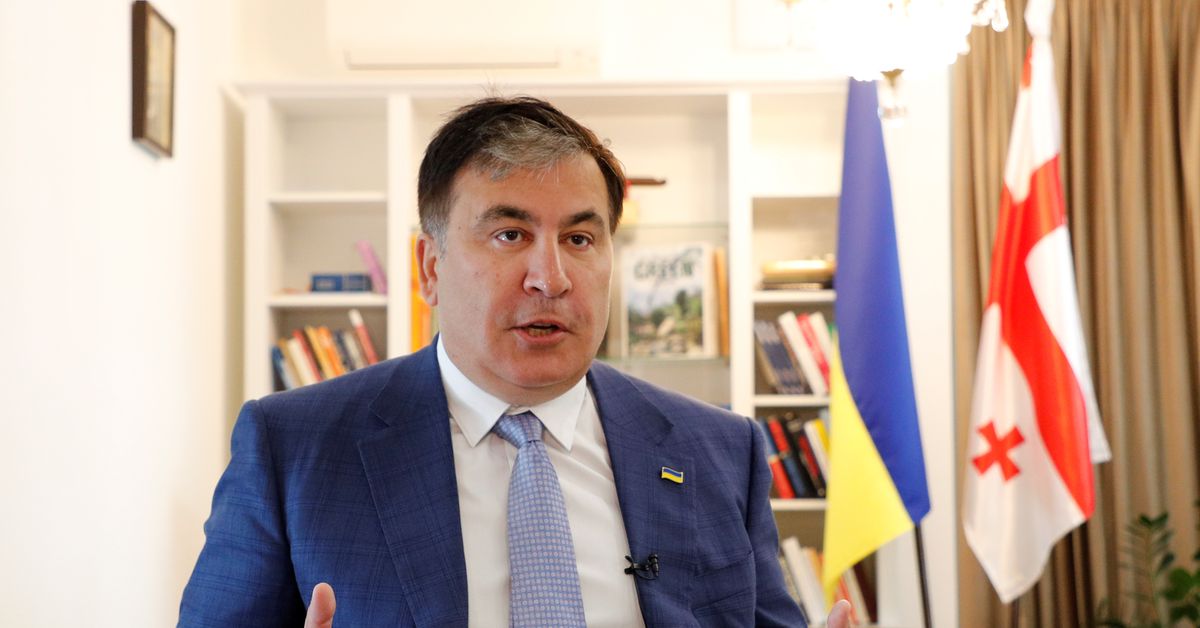 Back home, ex-Georgian leader arrested after call for election protest

TBILISI, Oct.1 (Reuters) – Georgian police arrested ex-President Mikheil Saakashvili in Georgia on Friday after the opposition politician returned to the country despite his imprisonment and called for street protests after the elections this weekend.

Saakashvili, who lives in Ukraine and was sentenced in absentia in Georgia in 2018, announced this week that he will return home for Saturday’s local elections to help “save the country”. Read more

He said on social media on Friday that he had returned to Georgia secretly and told his supporters to vote for the opposition and gather in the heart of the capital Tbilisi on Sunday.

The government initially denied his return, but Prime Minister Irakli Garibashvili announced Friday evening that Saakashvili had been arrested and handed over to a detention center, TASS news agency reported.

He was shown handcuffed with a broad smile and taken away by two police officers in footage shown on Georgian TV. A rights ombudsperson who visited him in detention later said he declared a hunger strike.

Garibashvili had warned that the 53-year-old would be arrested if he returned. Saakashvili was convicted in absentia of abuse of power and withholding evidence in two court cases in 2018 that he characterized as politically motivated.

Saakashvili told his supporters in a pre-recorded video on Facebook: “In all likelihood, I am currently arrested in Tbilisi, but I want to tell you that I am not afraid. Go to the elections tomorrow, vote and we’ll celebrate victory on (Sunday). “

Local elections involve a range of votes, including one for the mayor of the Georgian capital of Tbilisi.

The votes come amid a standoff between the ruling Georgian Dream party and the United National Movement founded by Saakashvili and a political crisis that began in last year’s parliamentary elections and which the opposition has called rigged.

International observers said at the time that the election was competitive and that fundamental freedoms were generally respected.

There was no immediate sign of protest following his arrest. United National Movement leader Nika Melia accused the government of making Saakashvili a “refugee” and said he knew the risks of returning home.

Saakashvili, who led the Rose Revolution in Georgia in 2003, which resulted in the resignation of long-time President Edward Shevardnadze, posted a video on Friday of what he said was the Georgian city of Batumi on the Black Sea. .

He called on his supporters to vote for the United National Movement or for any small party opposed to the Georgian dream.

“Everyone has to go to the polls and vote, and on October 3 we have to fill the Place de la Liberté. If there are 100,000 people, no one can defeat us,” he posted in the video. .

“You see – I risked everything – my life, my freedom, everything, to come here. I only want one thing from you – to go to the polls,” he said.

Ukraine’s foreign ministry said it summoned the Georgian ambassador after his arrest.

Young & Restless: Ashland has one final reveal and Mariah won’t back down