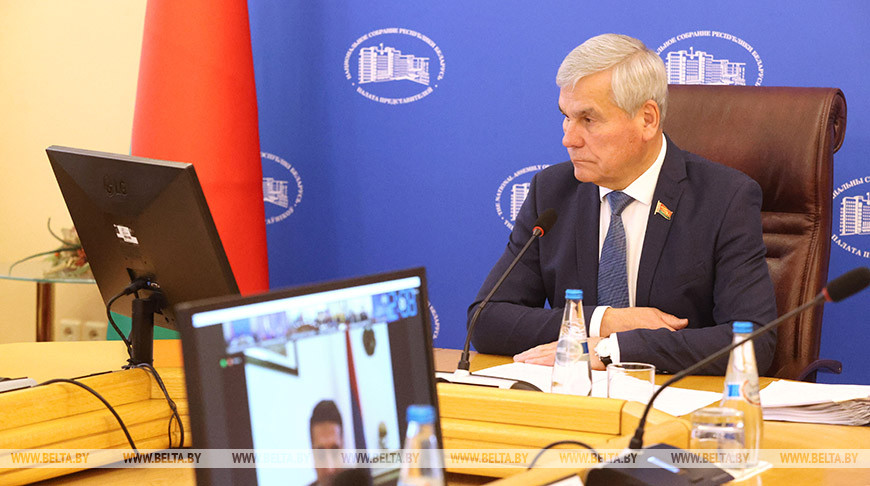 Attempts to undermine Belarusian sovereignty and independence do not stop

MINSK, November 29 (BelTA) – Attempts to undermine the sovereignty and independence of Belarus are not stopping, Speaker of the House of Representatives Vladimir Andreichenko said at the joint Council meeting and of the 14th plenary session of the Parliamentary Assembly of the Collective Security Organization Treaty (CSTO AP) via a videoconference, learned BelTA.

Vladimir Andreichenko spoke of “the standards of democratic elections in CSTO member states and their protection against foreign interference”.

â€œToday, the collective West uses elections as a tool to intensify geopolitical confrontation, to interfere directly in the internal affairs of our states and to organize revolutions of color. We have seen the consequences of such a policy in Syria, Libya, Iraq and Afghanistan. , Ukraine and other countries, “said Vladimir Andreichenko.

The speaker noted that Belarus was facing attempts to bring the population into a state of chaos, poverty and lawlessness. “Foreign centers have allocated millions of euros for subversive work and an attempted coup in our country. However, despite unprecedented external pressure, the country has maintained peace and order, continues to do well. to do economically, â€he said. â€œYet even today attempts to undermine our sovereignty and independence through increased political pressure, a policy of sanctions, creating hotbeds of tension like the so-called migrant crisis on Belarus’ border with the EU do not stop. It seems that our western neighbors, as part of solving their internal political problems, are ready to start a conflict and drag all of Europe into it. “

Plans are in place to review the implementation of Tajikistan’s presidency priorities in the CSTO in 2021, Armenia’s priorities for its CSTO presidency, the results of the September session (2021 ) of the CSTO Collective Security Council, the situation in the organization’s area of â€‹â€‹responsibility and measures to address challenges and threats to collective security.

The meeting’s agenda will also include a number of draft model laws and recommendations, as well as amendments to the 2021-2025 CPA CSTO program of activities on reconciliation and harmonization of national laws of CSTO member states.