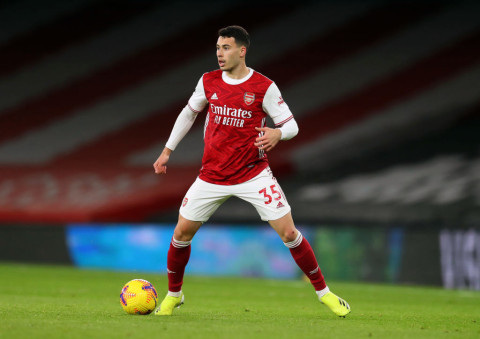 Gabriel Martinelli is tired of his lack of playing time at Arsenal and the Brazilian could become the next Arsenal player to ask to leave the club.

He quickly became a fan favorite when he burst onto the Gunners stage in 2019.

However, since the arrival of Mikel Arteta, he has made little progress at the club.

He started his first league game of the season against Brentford and failed to impress in a 2-0 loss with Pierre-Emerick Aubameyang and Alexandre Lacazette missing the game.

He also wasn’t much use in their 2-0 loss to Chelsea in their next league game and has only since started their Carabao Cup match against Wimbledon.

Martinelli is struggling and his poor form will be a shock to most Arsenal fans who rate him very well.

Mirror Sports claim the forward is fed up with being ignored by Arteta.

The 20-year-old has been an unused replacement in Arsenal’s last five league games, showing just how far he has fallen in the club’s hierarchy.

With players like Emile Smith Rowe and Bukayo Saka impressive for the Gunners, it’s hard to see a way back to the squad for him now.

It would be interesting to see if he would ask to leave the club in the January transfer window.