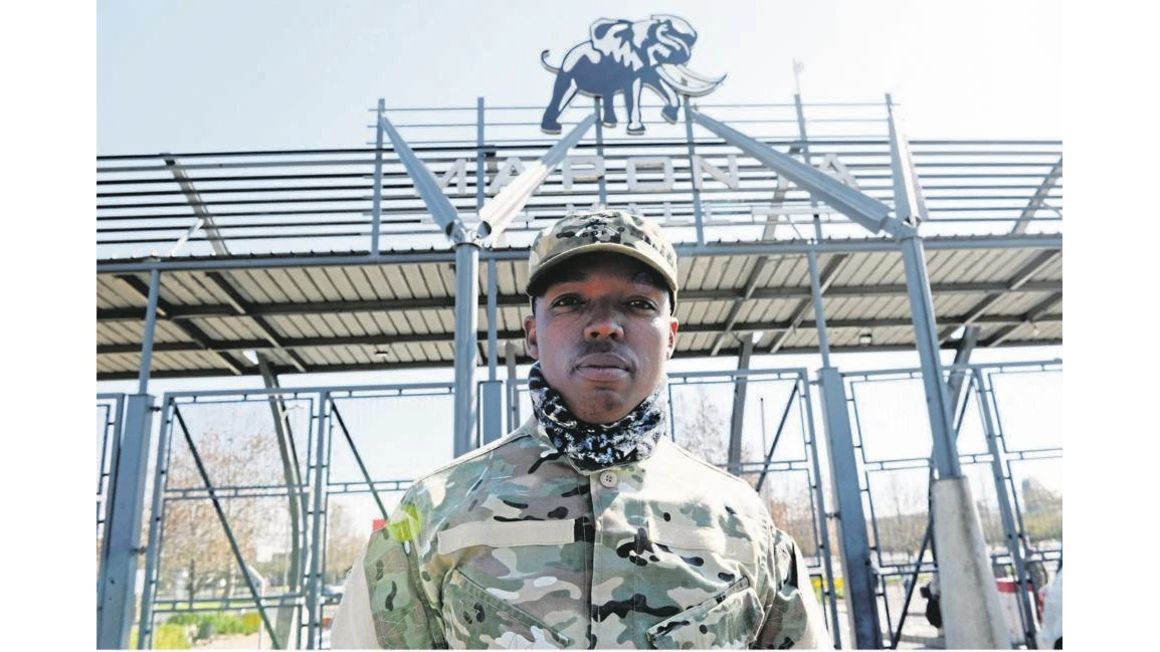 The leader of an anti-migrant protest movement in South Africa that has gained momentum in recent months was arrested on Thursday, police said.

Dlamini is known in his community for parading in a luxury sports car.

He is also known for his public appearances, almost always wearing military fatigues and a bulletproof vest.

The arrest drew criticism from members of his movement, who took to social media and social media to threaten to escalate their activities.

Since January, demonstrations called “to fight for the future of South Africans” and against migrant workers have been held regularly in several cities.

These rallies have so far led to tension but not violence.

Sixty-two people were killed in riots in 2008.

The country has 3.95 million foreigners out of nearly 60 million inhabitants, according to official statistics.

The continent’s leading industrial power struggles with a 35% unemployment rate but attracts many African migrants.

What’s next for the theater’s billion-dollar man?