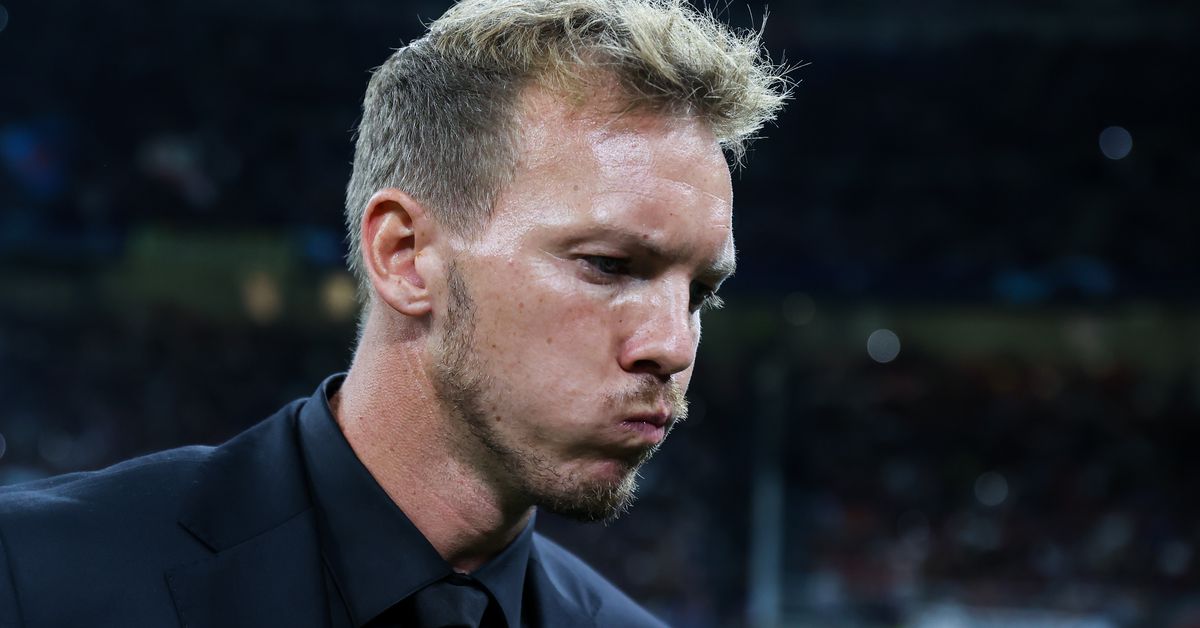 Are the players fidgeting on the Bayern Munich bench?

According to a report from Sport1’s Kerry Hau, the pain of having a big roster could start to get to Bayern Munich manager Julian Nagelsmann.

Following Bayern Munich’s 2-0 win over Inter Milan in the Champions League, several players were said to have been at least somewhat disturbed by their role – or lack thereof:

Two goals, three points: it was a perfect start to the Champions League for FC Bayern. However, there were only a limited number of celebrations in the catacombs of the Giuseppe Meazza stadium following the 2-0 win at Inter Milan. Several players left a less good impression when leaving the stadium.

Serge Gnabry and Jamal Musiala, for example, walked to the bus without a word after their brief appearances, as did newcomers Ryan Gravenberch and Noussair Mazraoui, who weren’t used at all. Only one of the reservists stopped briefly to comment – in a meaningful way.

As we learned in Friday’s edition of Schmankerl of the day, Leon Goretzka has already expressed his desire to start, so – if this report is true – Nagelsmann’s honeymoon with this list could be coming to an end. From this point on, the boss may need to strategize to keep his boys happy:

According to information from SPORT1, several players are already dissatisfied with their roles and are pushing for more playing time internally. The coaching staff and managers remain relaxed, tenor: The season is long and everyone will have enough appearances.

Nevertheless, the question arises: can Nagelsmann manage the squad? Even in his first season at Bayern there was criticism of the way he communicated personnel decisions – even from established forces who were used to the empathetic and approachable manner of Nagelsmann’s predecessor, Hansi Flick.

For his part, Nagelsmann is unlikely to take any proactive steps to warn his players that they will be on the bench:

Nagelsmann himself reported ahead of Wednesday night’s game at Inter that he rarely sought one-on-one talks with the reserves immediately before or after his squad was announced. His justification: Usually, it doesn’t lead to anything, those drop out anyway.

Either way, with so much talent and only limited playing time, Nagelsmann will have some tough decisions to make throughout the season.