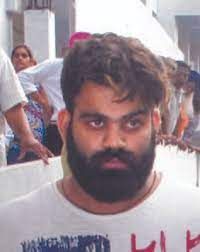 “The facts, the circumstances … suggest that he (Jaggu Bhagwanpuria) as a gangster is the creation of Majithia, his followers … faced 32 FIR from 2010 to 2015.”

“I don’t know why our party government sat on such an important report.” – Sukhjinder Singh Randhawa, Deputy CM

â€œThe investigation was carried out by a biased officer. The accusations are ridiculous. – Daljit Singh Cheema, SAD

The report states that Bhagwanpuria was an alleged creation of the Majithia while the leader â€œcondescendedâ€ the other three – Jagtar Singh aka Boxer, Abhijit Singh aka Ankur Lekhari and Sonu Kangla.

Naming Majithia, the report states: â€œSources suggest in no uncertain terms that Jaggu Bhagwanpuria, who was a street delinquent, became a notorious gangster after 2010, when Majithia became all-powerful when (then CM deputy) Sukhbir Singh Badal took over the Interior Ministry. “

Majithia could not be contacted for comment. His party leaders claimed he was the victim of violence. SAD chairman Sukhbir and other leaders earlier this month called for an arrest, alleging Congress was trying to implicate the Majithia.

Sources said the report was brought to the attention of MK CM Sukhjinder Randhawa. Akali Dal had accused Randhawa in 2019 and 2020 of “extending the facilities to Bhagwanpuria in prison”.

Former CM Capt Amarinder Singh then asked the police to investigate the alleged political-gangster link. The investigation, titled â€œAlleged Politicians and Gangstersâ€, was launched on November 26, 2019 and its report (La Tribune has a copy of it) was submitted on February 12 of last year. But it was never made public or implemented.

Randhawa said, â€œI don’t know why our party government sat on such an important report. And this even as the Akalis kept accusing me of having links with gangsters.

Former IG Kunwar Vijay Pratap Singh had conducted the investigation with DIG Surjit Singh and AIG Patil Ketal Baliram. The investigation had focused on the murders of Bhagwanpuria’s wife, Harmanprabh, and her alleged friend Satnam Singh, as well as cases of other gangsters.

SAD spokesman Dr Daljeet Singh Cheema said the Congressional government was determined to “frame Akali leaders in bogus cases”. “The investigation was carried out by an officer who has always been biased against us,” he added.