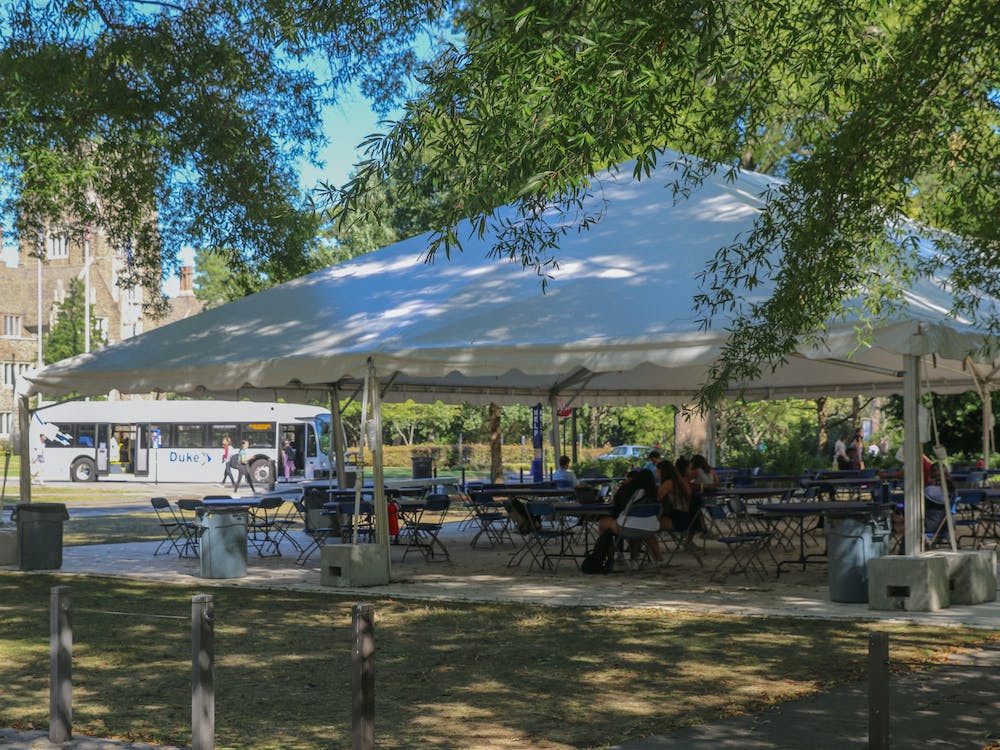 November saw a higher number of positive COVID-19 tests at Duke, with a peak in the middle of the month.

There were a total of 172 positive tests from November 1 to 21, with a cumulative positivity rate of 0.33%. Of the positive results, 151 were among students, while the remaining 21 were among faculty and staff.

The numbers varied from week to week, peaking in mid-November. During the period from 1 to 7 November, there was 25 positive results, for a positivity rate of 0.17%. Two were among faculty and staff, the other 23 among students.

From November 8 to 14, approximately 10 days after Halloween, COVID-19 doped cases on the campus. Duke reported a total of 82 positive tests, of which 74 were from students and the remaining eight from faculty / staff. The positivity rate was 0.49%.

Of the 82 cases this week, Duke noted that 52 were among the graduate students, with 33 student cases coming from the Fuqua School of Business. The number of cases in the second week of November was the highest Duke has reported in two and a half months.

The following week, between November 15 and 21, there was 65 positive results and a positivity rate of 0.32%. Fifty-four of the positive tests were from students and the remaining 11 were from faculty and staff.

November’s numbers were generally higher than October’s; Duke reported 18 positive cases from October 25 to 31 and only 14 cases each of the previous two weeks. The highest weekly number of cases in October was 33 from October 4 to 10.

These numbers come in Duke’s wake relaxation of exterior masking guidelines at the beginning of the month. As of November 2, masks are no longer required in outdoor gathering places on campus, including sporting events.

Duke considers all staff to be in compliance with the University’s vaccination policy. Over 96% of Duke’s workforce was fully vaccinated as of Oct. 11, but “if you include those who received the first dose, that number is closer to 97%,” Vice President of Administration Kyle Cavanaugh said at The Chronicle. At least 98% of the student body was fully immunized as of August 30.

Get The Chronicle delivered straight to your inbox

Subscribe to our weekly newsletter organized by an editorial. Cancel anytime.

Anisha Reddy is in her sophomore year at Trinity and associate editor of The Chronicle’s 117th volume.