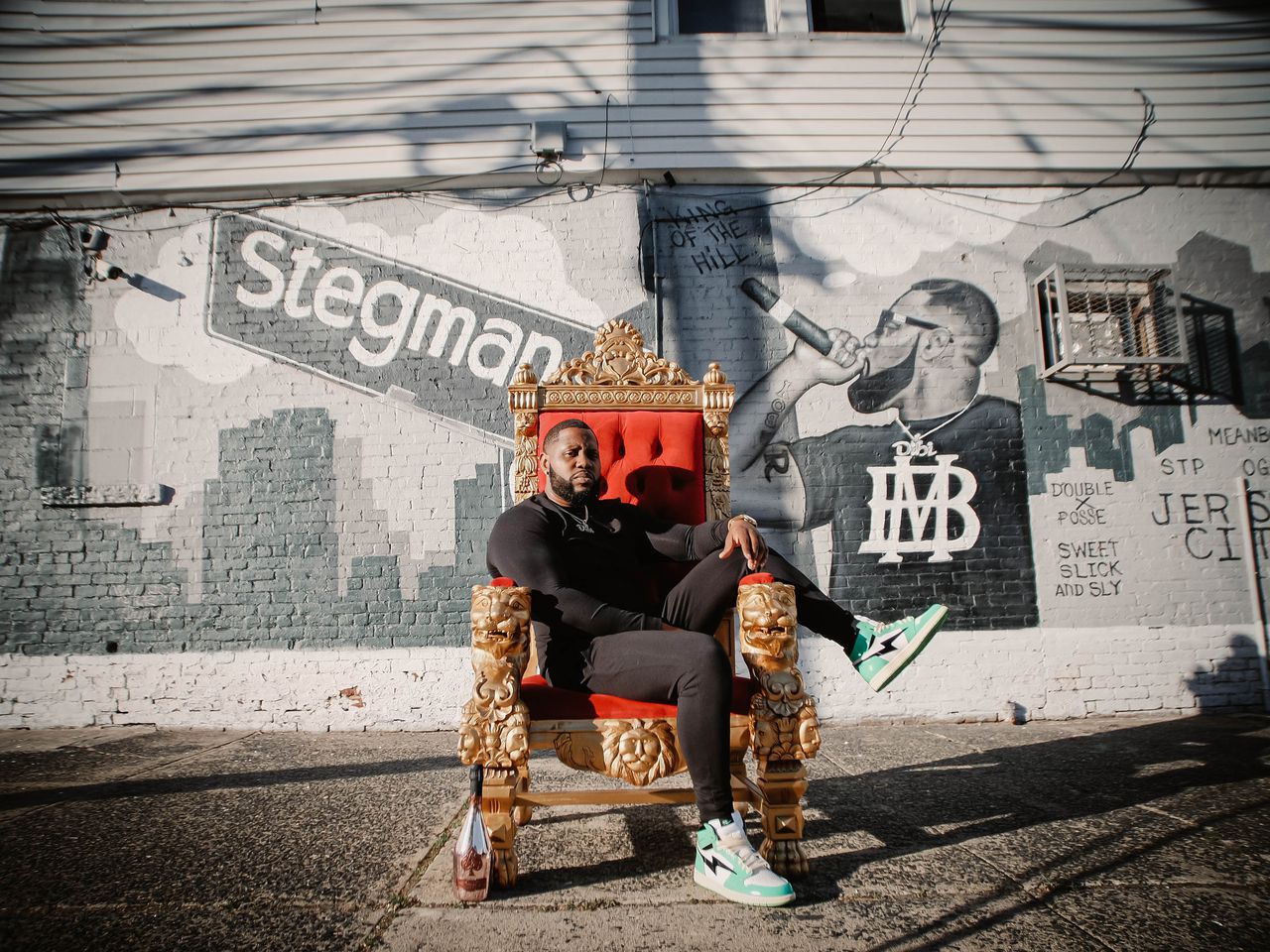 More than two weeks later, Justin “Dibiasi” Hall is still coming down from the peak of his performance at the 4th of July celebration in Jersey City.

In early June, he and Joe Budden released their video for the song “Theme Muzik” produced by BroGotIt. Now, with his annual birthday block celebration on Saturday, July 23, Hall said he’s looking to give back like he never has before.

“I’ve always done it for myself around my birthday,” Hall said earlier this week. “But I always made it like the night, and it just became a big thing. But I felt like it was only for adults and it still wasn’t for kids.

Hall was surprised to learn that the area still had a block association. He had spent two years, delayed by the pandemic, trying to agree with the woman who runs it about teaming up for the kind of block party he remembered from his youth.

“No one does (them) for bouldering anymore. These are just personal reasons.

“When I was at block parties, it was like the funniest thing in the world,” Hall said. “But it was also aimed more at children. And it was also an opportunity to meet your neighbors, to see your neighbors, to make friends with each other. And I think at the time (a neighborhood) was more like a small village. Now they are just houses that people live in. Many people don’t even talk to their neighbors. It’s get out, go do what they do, get in the house.

Regarding block parties of yore against their contemporaries, Jason M. Williams, associate professor of justice studies at Montclair State University and adjunct professor of criminal justice and sociology at New Jersey City University, s remembered it.

“The gemeinschaft against the gesellschaft”, he said. “The first term is a concept that roughly describes the old society – where everyone knew everyone in the community and there was a sense of connectedness. Gesellschaft is where relationships are based more on self-interest. So that’s what we see in many of our modern cities. They turned into gesellschaft, and that’s unfortunate because you would think there was never a time when there was connectivity in these communities, but in fact there was. And obviously this is influenced by all the social inequalities, decadence and social disorganization in which these people have to live.

From his early years, Hall remembers his grandmother making sure he didn’t just shovel outside their door. “I had to shovel in front of the houses of three elderly people who lived around us – without them telling us. I couldn’t get into the house until I did, so it gave me more connection with them. And they helped me whenever they could, just because we did it without asking,” Hall said.

“Once we grew up, people didn’t care. I noticed we still had block parties every year, but it was like (the organizer) was cutting the block, they were playing music. You’d think, “We don’t know them, so it’s like their own personal barbecue.”

It’s not personal this Saturday, July 23 for Hall’s event. From 12 p.m. at the corner of Stegman and Ocean avenues, by Dibiasi the birthday barbecue will include face painting for the kids, food and drink, vendors, a basketball practice clinic, a sneaker giveaway from Sneaker Room and t-shirts from Juan’s shop” Cheez” Vasquez downtown; and more.

“I want kids to have memories of that childhood,” Hall said.

After being on the biggest stage he’s ever seen on July 4, Hall is grateful. “I have been so blessed with things that I never imagined would happen to me. I just share with other people.

As for that July 4 show, Hall understands wanting to book artists with national name recognition, but he was a bit frustrated with what he saw as a struggle to make the roster.

“If they’re going to hire people from New York to do the event, (these people) don’t know anyone from Jersey City who is doing music – especially someone who is doing something for the situation (in Greenville).