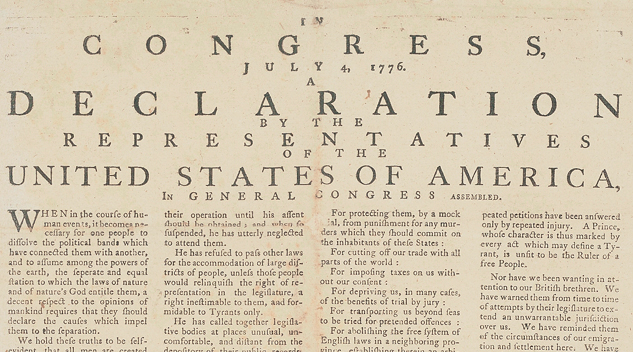 NEW YORK CITY — Parts One and Two of William Reese’s Private Collection fetched more than $16 million at Christie’s on May 25-26. Reese was one of the world’s foremost antiquarian book dealers, and his private collection included some of the earliest works defining America and the New World. Topping the first day of the sale and collection was a rare contemporary edition of the Declaration of Independence, printed in Massachusetts, one of only six known, which fetched $2.1 million. Topping the second day of the sale was Charles Bird King’s striking 1827 portrait of Big Buffalo, a Chippewa chief, which sold for $478,800. Paul Revere’s engraving of the Boston Massacre sold for over $350,000. The sale included numerous association copies relating to the founding fathers, including Franklin and Jefferson, numerous works relating to the explorations of North and South America, numerous works relating to the flora and fauna of the New World, including several Audubons and several rare sight books illustrating early illustrations of cities and natural wonders such as Niagara Falls. There were plenty more, and the third part of the collection continues in an online sale ending June 2. Prices quoted include buyer’s premium as quoted. A full report will follow in a future issue.